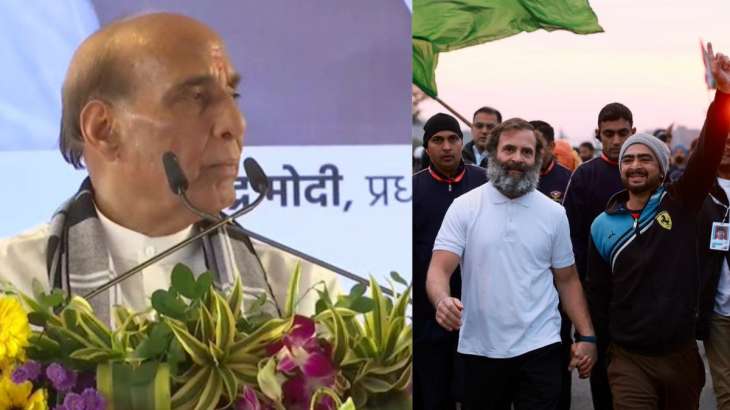 Defence Minister Rajnath Singh on Sunday accused Congress leader Rahul Singh of creating hatred among people in order to regain power, and alleged that he was tarnishing India’s image on international platforms.

Addressing a programme organised by the Madhya Pradesh government to provide land rights of residential plots to the poor in Singrauli district of the state, Singh asked Gandhi not to play with India’s “prestige and pride”.

The minister also said that in the recent clash with the Chinese troops, Indian soldiers did a “charismatic job” and displayed bravery, and slammed the Congress for questioning the valour of the country’s jawans.

“Is India breaking? The country already got divided in 1947. Pakistan was created, though the leaders at that time were not in favourThese days, Rahul Gandhi is going around saying in his Bharat Jodo Yatra that there is hatred everywhere in India,” he added.

The minister also accused the Congress of trying to defame India and tarnish its image by saying that only hatred prevails in India, although the country has earned great respect in the world now.