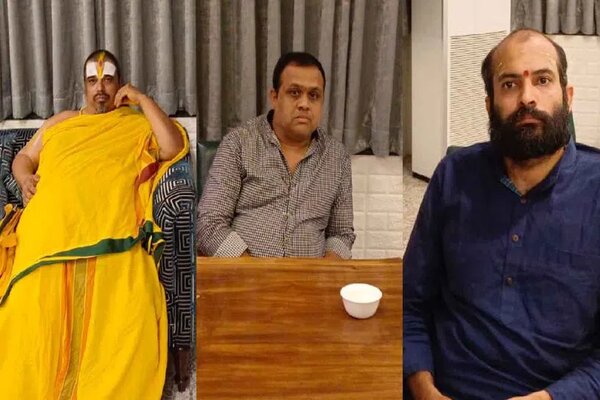 Giving a big relief to BJP national leadership, the Telangana High Court has entrusted the investigation into alleged attempts to lure the BRS legislators by offering money, to the Central Bureau of Investigation (CBI). This verdict was given by Justice Vijayasen Reddy here on Monday.

The Telangana High Court has also quashed the Telangana Government order constituting a Special Investigation Team (SIT) to probe the poachgate and also the probe done by the SIT so far. The order was passed on the writ petitions filed by the three principal accused persons, Ramachandra Bharati, Simhayaji and Nanda Kumar.

The trio had allegedly tried to lure four BRS legislators to cross over to the BJP by offering money. Their conversations were video and audio recorded by the police which was tipped off by one of the legislators Pilot Rohit Reddy.

The trio was taken into custody and an SIT was formed to probe the case. The main accused persons had moved the high court seeking a CBI probe into the charges. The SIT is headed by city police commissioner C V Anand. It was the first time that a SIT was formed, headed by a DGP-Rank police officer, in both Telugu states.

However, SIT is likely to appeal before the division bench, challenging this order. The BJP national leadership was worried after SIT sent notices to its national general secretary B L Santosh and also sought High Court nod to arrest him. BJP maintaining that the state government is bringing its name in the case, though they were not connected in any way.