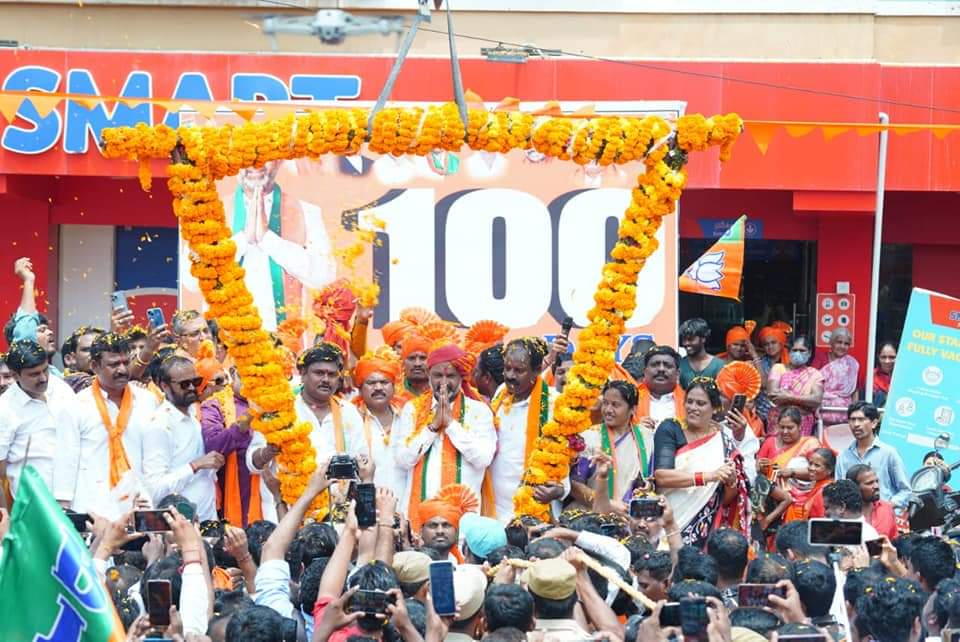 Alleging that the Popular Front of India (PFI) was conspiring to convert India into an Islamic nation by 2040, BJP state president Bandi Sanjay held the ruling Telangana Rashtra Samithi government responsible for the expansion of the PFI footprints in Telangana with the support of All India Majlis-e-Ittehad-ul Muslimeen (AIMIM).

Addressing a huge gathering at Nagole crossroads on the completion of his 100-days of Praja Sangrama Yatra foot march, he alleged that the PFI extremists, known for beheading the Hindus in other parts of the country, were conspiring to create terror in Telangana by indulging in bomb explosions.

“The PFI, which is a banned organisation all over the country, is operating with the blessings of the AIMIM leaders and it was the TRS government which is responsible for the expansion of this extremist organisation. Some TRS leaders are patronising the PFI by providing funds to it,” he added.

Sanjay sought to know why chief minister K Chandrasekhar Rao was in his slumber till the National Investigation Agency (NIA) conducted raids on the PFI extremists, who were operating under the guise of gym instructors and voluntary organisations.

Stating that the BJP would go all out to bring about unity in the Hindu society and protect the Hindu dharma, he said if given a chance to rule the state, the BJP would make efforts to weed out extremist outfits like the PFI.

Sanjay said Prime Minister Narendra Modi had sanctioned 2,40,000 houses for Telangana, but the chief minister was not interested in constructing the same. “Even if the people voted for the TRS, the local MLAs have not bothered about constructing a single house. Only at the time of elections, KCR talks about pensions, ration cards and double bedroom houses,” he said.

“When there were floods in different parts of Hyderabad submerging hundreds of houses, the government had not done anything. During the GHMC elections, he promised to pay Rs 10,000 to each of the affected houses, but only a few TRS people got the amount,” Sanjay said.

He alleged that KCR had completely ignored the drainage and sewerage infrastructure and encouraged encroachment of nalas, tanks and government lands. The poor people were not getting title deeds for their lands and they are not in a position to sell their houses when needed, he said.

Dharmendra Pradhan called upon students to give back to the society

My international career took off after the National Games in 2002: Sania Mirza

Munugode by poll a spell doom for KCR, says Sanjay