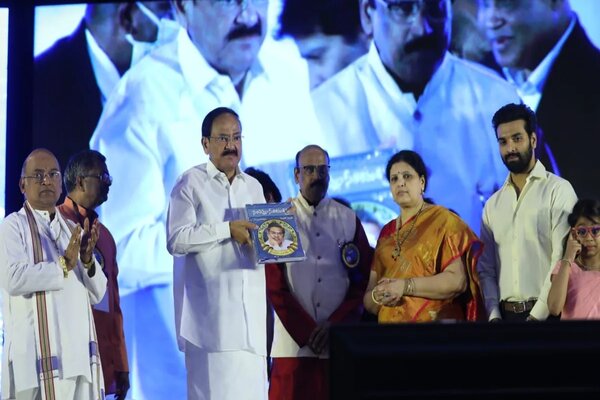 Observing that cinema is a powerful medium that has a lasting impression on people’s minds, Naidu said that filmmakers have a responsibility to not glorify violence, portray obscenity, create unrest or stoke communal divisions in society. ‘On the other hand, with purposeful and thought-provoking cinema, filmmakers can fight social evils and engender positive social change’, he added.

Naidu paid rich tributes to the noted lyricist and observed that music in cinema can have great literary value and can effectively take the poetic tradition to the masses. He called for “striving for excellence in film music and lyrics outside the straitjacket of commercial equations”.