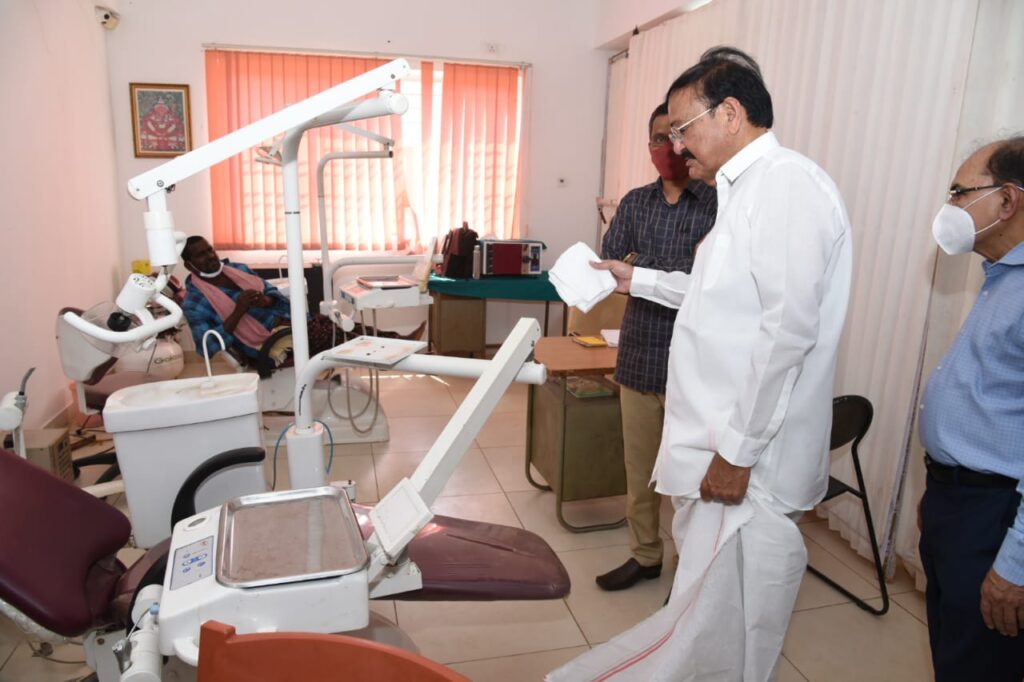 Vice President, M. Venkaiah Naidu today called upon the medical community to create awareness among the people on the importance of preventive healthcare and leading a healthy lifestyle.

Calling for all-round efforts to build a strong, healthy and prosperous India, he urged private institutions, large corporates and individuals to spend their time and resources to complement government initiatives in healthcare.

Inaugurating a medical camp organised by Swarna Bharat Trust and Global Hospitals, Chennai in Nellore,    Naidu noted that sedentary and stressful lifestyles coupled with unhealthy food habits are leading to a rise in non-communicable diseases in the country. He urged everyone, particularly youngsters to undertake regular physical activities like yoga to maintain physical fitness and mental alertness.

Naidu wanted Parliament, press and political parties to accord top priority to health, education and agriculture. He suggested that governments make higher budgetary allocations to these critical sectors.

Referring to the ‘fast food culture’ among youth, he advised them to consume traditionally cooked, nutritious food and stressed the need for spending some time in the lap of nature to improve their overall health.

Expressing his concern over instances of substance abuse among youth, the Vice President called for comprehensive efforts to make them aware of the deleterious effects of drug abuse. He called for concerted efforts from all stakeholders to root out drug menace.

More than 500 people underwent screening at the camp. Shri Naidu complimented the organisers for holding the camp. Earlier, Shri Naidu visited the elders’ home at Swarna Bharat Trust, interacted with the inmates and inquired about their well-being.