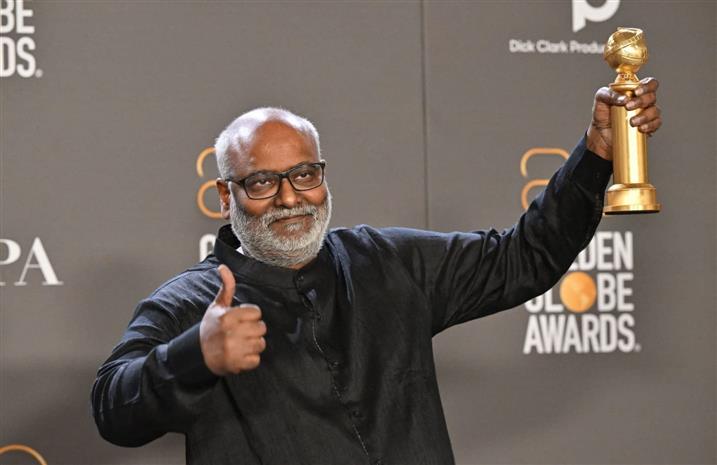 ‘Naatu Naatu,’ the peppy track from S S Rajamouli’s blockbuster movie ‘RRR,’ has won the Golden Globes for Best Original Song. This makes the Telugu movie a hot favourite to win the Oscars too where it has been nominated for the same category.

Music director MM Keeravani, and singers Kaala Bhairava and Rahul Sipligunj were nominated in this category.

As soon as the award was announced by actress Jenny Ortega, team RRR erupted in celebrations. Keeravani accepted the award for the team and thanked the team, especially Rajamouli for his “vision”.

The movie though lost out for the ‘best picture-non English’ to ‘Argentina, 1985’.

‘Argentina, 1985’, directed by Santiago Mitre, is based on real events and follows the events surrounding the 1985 Trial of the Juntas, which prosecuted the ringleaders of Argentina’s last civil-military dictatorship.

The other nominees in ‘best picture-non English’ category were Korean romantic mystery film ‘Decision to Leave’, German anti-war drama ‘All Quiet on the Western Front’, and French-Dutch coming-of-age drama ‘Close’.