Munugode by poll a spell doom for KCR, says Sanjay 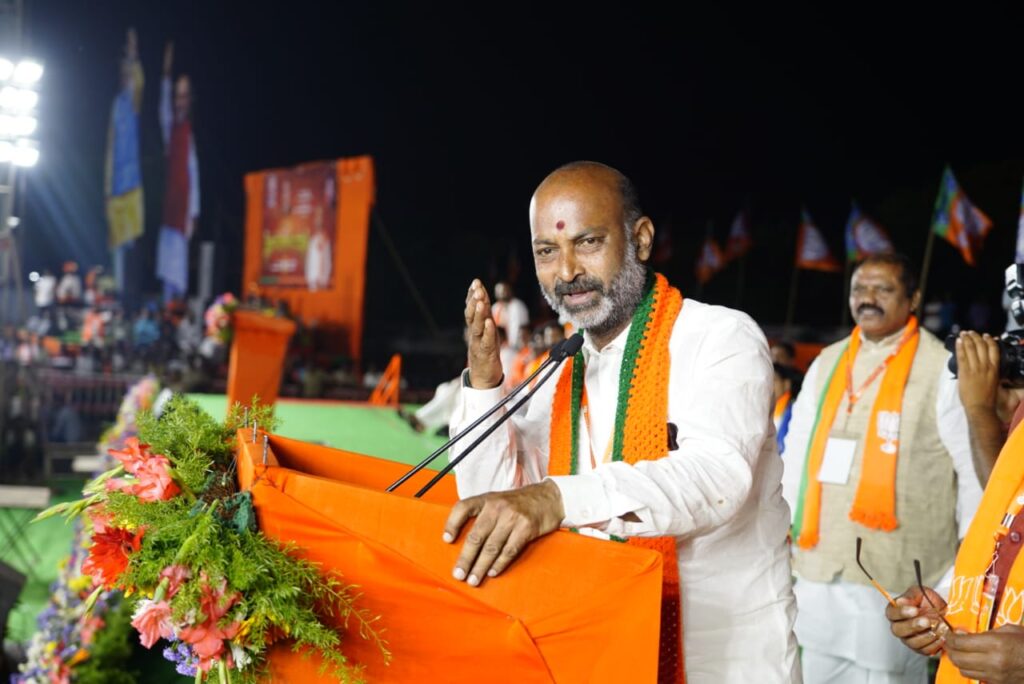 “KCR’s game is up and his shop is going to be wound up soon,” he said, while addressing the public meeting at the conclusion of his fourth-phase of Praja Sangrama Yatra at Pedda Amberpet on the outskirts of Hyderabad, on Thursday evening.

Stating that the BJP is rearing for the showdown with the TRS, he said his party was ready to fight even if the TRS joins hands with the All India Majlis-e-Ittehad-ul-Muslimeen (AIMIM).

“Now, the time has come for the people of Telangana to decide whether they want the democratic rule or an autocratic rule; a government of the poor or the feudals; and Ram Rajya or Ravana Rajya,” Sanjay asked.

He said the four phases of padayatra had brought him closer to the people and he was deeply moved with the plight of the people. “I am going to embark on the fifth phase of Praja Sangrama Yatra with effect from October 15,” he announced.

Sanjay declared that if the BJP was voted to power, it would rename Ibrahimpatnam as “Veerapatnam,” because of the valour displayed by the people of the constituency.

He recalled that the BJP had been fighting for several years demanding celebration of September 17 officially as “Telangana liberation day.” Because of the pressure from the BJP, the TRS was forced to celebrate the day, albeit in the name of “national integration day. “The credit for unfurling of national flag in the old city goes to the BJP,” he said.

He accused the Telangana chief minister of politicising the ST reservations. “When we proposed the name of an ST woman for the Presidential elections, KCR made every effort to defeat her,” he reminded.

Sanjay refuted the allegation of the TRS that if the BJP comes to power, it would do away with the welfare schemes. “The BJP will never stall any scheme, whether it was introduced by the TRS or the Congress, if they really benefitted the weaker sections. In fact, we shall come out with more welfare schemes,” he asserted.

Dharmendra Pradhan called upon students to give back to the society

My international career took off after the National Games in 2002: Sania Mirza