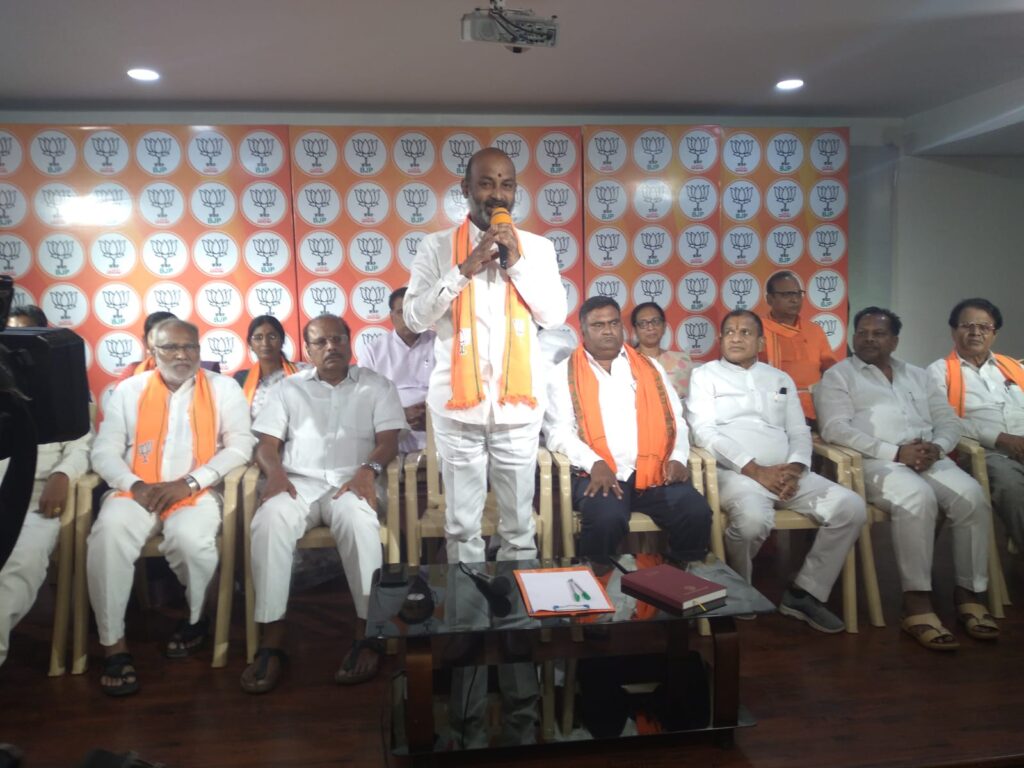 BJP Telangana state president Bandi Sanjay Kumar accused that Telangana chief minister K Chandrasekhar Rao of running away from the state on the pretext of “national mission,” only to avoid facing Prime Minister Narendra Modi who would be coming to Hyderabad on May 26.

“KCR is terribly scared of facing Modi. That is precisely why he fled to Delhi and from there, he is running from one state to another despite knowing that the Prime Minister is coming to Hyderabad,” he said, addressing a preparatory meeting with party functionaries at the state party office on the occasion of the Prime Minister’s visit.

He alleged that even during the unveiling of the Statue of Equality in Hyderabad in February, the chief minister played truant on silly pretext.

Reacting to KCR’s move to extend financial support to farmers who died in protests at the national capital, Sanjay said it was an attempt diverting the public attention as he did not care when thousands of farmers in the state died by suicide when they faced losses due to unsold paddy stock.

Sanjay also said that it is not just farmers – but RTC employees, unemployed people and even intermediate students died, but no compensation was ever offered to them.

He alleged that KCR and his son KTR had presumably gone into depression and were talking nonsense. “KCR is the first chief minister who would not meet his own ministers and MLAs and he does nothing but sleep at his farm house,” he added.

Sanjay said that success of Praja Sangrama Yatra and Amit Shah’s meet has forced Congress and TRS to spread false rumours that no one would fit into BJP. But, he asserted that they will respect and welcome anyone who comes because of our ideology and policies.

Sanjay advised party functionaries to accord an unprecedented welcome to the Prime Minister on behalf of the party. District and division in-charges, corporators belonging to the party from neighbouring district were present in the meeting.  Preparations are underway for welcoming Prime Minister Narendra Modi next Thursday.