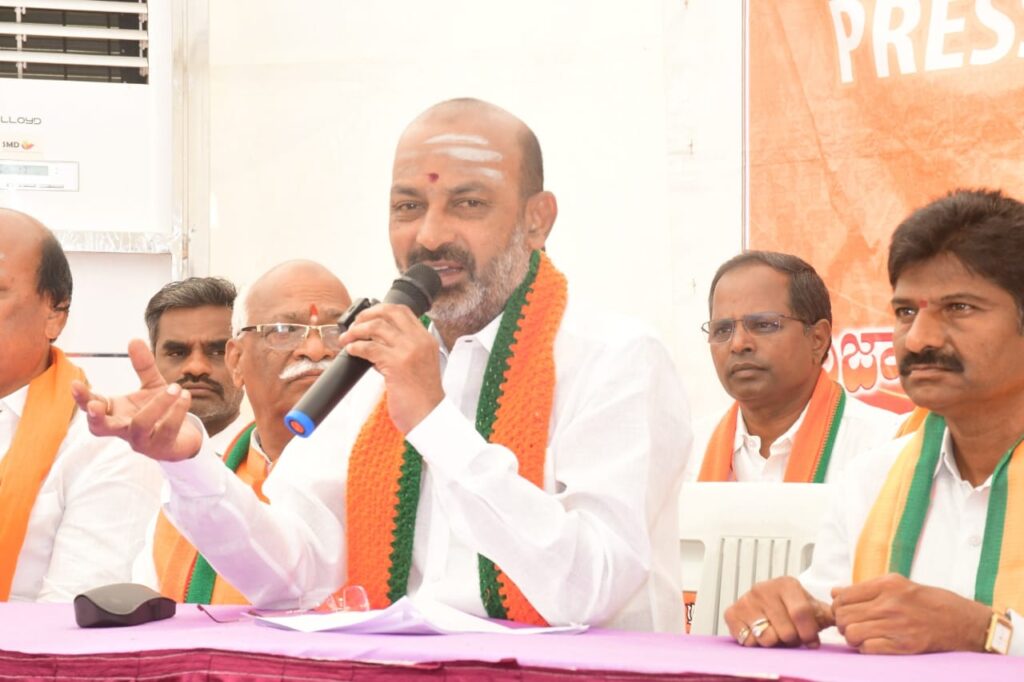 BJP has appealed to the TRS government to immediately release the payments due to farmers regarding paddy procured from them during the Yasangi (Rabi) season.

In a letter written to chief minister K Chandrasekhar Rao, state  president Bandi Sanjay Kumar said the state government had taken up purchase of paddy produced during the Yasangi season after a prolonged struggle by the BJP.

However, in many districts, the government had not made payments to the farmers towards the paddy procured from them, causing a lot of anxiety for them. “As the Kharif season has commenced, the farmers don’t have money to take up cultivation, as a result of which they are forced to depend on private money lenders,” he reminded.

Sanjay deplored that the farmers hadn’t got the money for the paddy they had produced during the Yasangi season and the state government had not yet made payments under Rythu Bandhu scheme for the Kharif season. “Taking advantage of their situation, the private money lenders were charging high interest on the crop loans,” he said.

In the erstwhile combined Karimnagar district, he said, the state government had procured 11.2 lakh metric tonnes of paddy from 1,91,852 farmers through 1,286 procurement centres. The total cost of the paddy was Rs 2,197.16 crore, but the government was still due to pay Rs 517.16 crore to the farmers, he pointed out.

He demanded that the government should immediately release the money due to the farmers for the Yasangi season, besides taking steps to arrange seeds and fertilisers to the them at the earliest, so that they could commence the agriculture operations.