Arrangements at brisk for BJP National Executive meet in Hyd 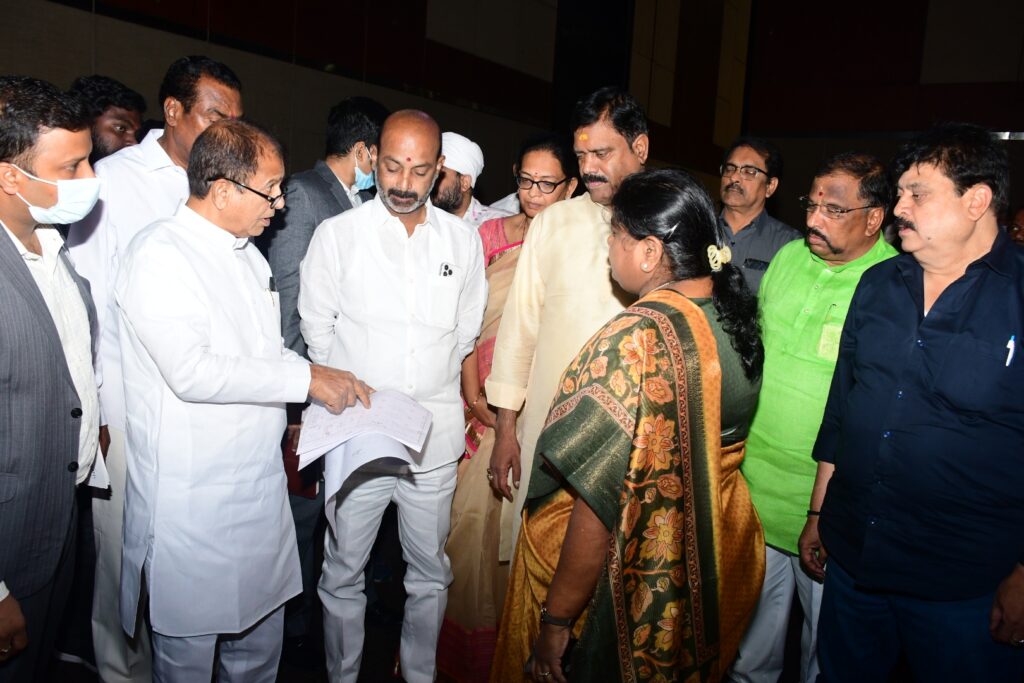 All arrangements are being made at a brisk pace for the forthcoming national executive committee meeting of the Bharatiya Janata Party in Hyderabad on July 2 and 3, which would be followed by a massive public meeting at Secunderabad parade grounds on July 3 evening.

Sanjay said despite any obstacles created by the state government, the public meeting would be held in an unprecedented manner with 10 lakh people. Apart from members of 34,000-odd BJP polling booth committees, all the beneficiaries of the central government schemes would be mobilised to the public meeting, he said.

Thanking the BJP national leadership for deciding to hold the first national executive committee meeting of the party post-pandemic period at Hyderabad, Sanjay said it was a grand opportunity for every BJP worker of Telangana to brace up for the future challenges.

“In all, 34 committees have been formed to oversee the arrangements of the NEC meeting, which would be held from the afternoon of July 2 to evening of July 3,” he added.

Stating that the Telangana people are desperately seeking a change of leadership in the state, Sanjay said the BJP cadre in the state had been fighting tooth and nail against the anti-people and anti-democratic rule of chief minister K Chandrasekhar Rao. “The presence of top BJP leaders for two days in Hyderabad will boost the morale of the party cadre in Telangana,” he said.

Sanjay said as part of the party’s decision to involve every party worker in these meetings, it was collecting donations from 50,000-odd zonal, district and state-level leaders ranging from Rs 1,000 to Rs 1 lakh. The payments are only to be made digitally to the BJP state unit’s bank account, he clarified.