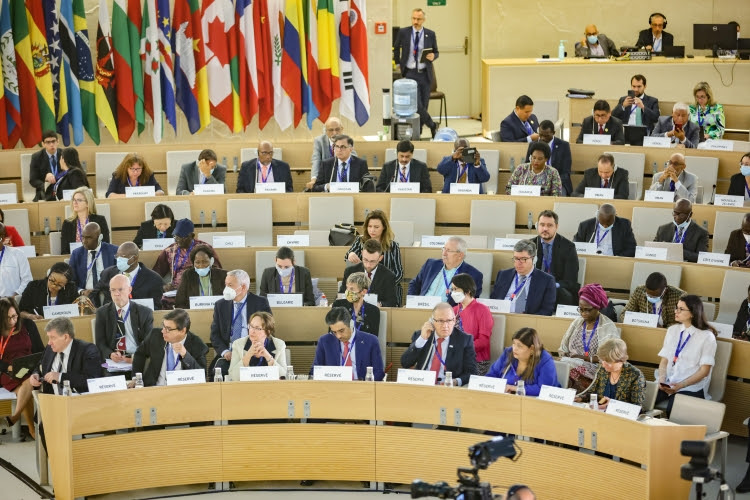 A number of key decisions taken at the annual International Labour Conference in Geneva, which ended last week, will benefit workers worldwide and support those struggling for fundamental rights in countries where violations are flagrant.

The decision by the Conference that occupational health and safety is included in the fundamental rights at work enshrined in the 1998 Declaration reflects the impact of international trade union campaigning and advocacy in particular in the last three years and will hold governments, and thus employers, to much stronger account at the ILO.

Technical committees at the conference covered a range of topics, laying important groundwork for the adoption of an ILO standard on quality apprenticeships, supporting decent work in the social and solidarity economy, and promoting job creation including through the UN’s Global Accelerator on jobs and social protection for just transitions.

The Conference Committee on the Application of Standards (CAS) took a number of decisions to address the shortage of nursing personnel and ensure that they, as well as domestic workers many of whom are migrants, receive the full protection of organising, collective bargaining and other fundamental rights.

Both Belarus and Myanmar were given ‘special paragraphs’ in the CAS report, which is the highest sanction available to that Committee. The CAS further called on China to accept a special mission to assess the situation of discrimination and forced labour in Xinjiang and called on the government to report back to the ILO by September.

Sharan Burrow, ITUC General Secretary, said “Some very significant decisions were taken by the ILO this year, in large part due to the work done by the ITUC, its affiliates and regional organisations and the Global Union Federations. We also acknowledge the role of many governments which have stayed true to the responsibilities of ILO membership. In a world beset with crises, and multilateralism under attack, the ILO provides an irreplaceable function which provides vital protections for workers and support for social justice.