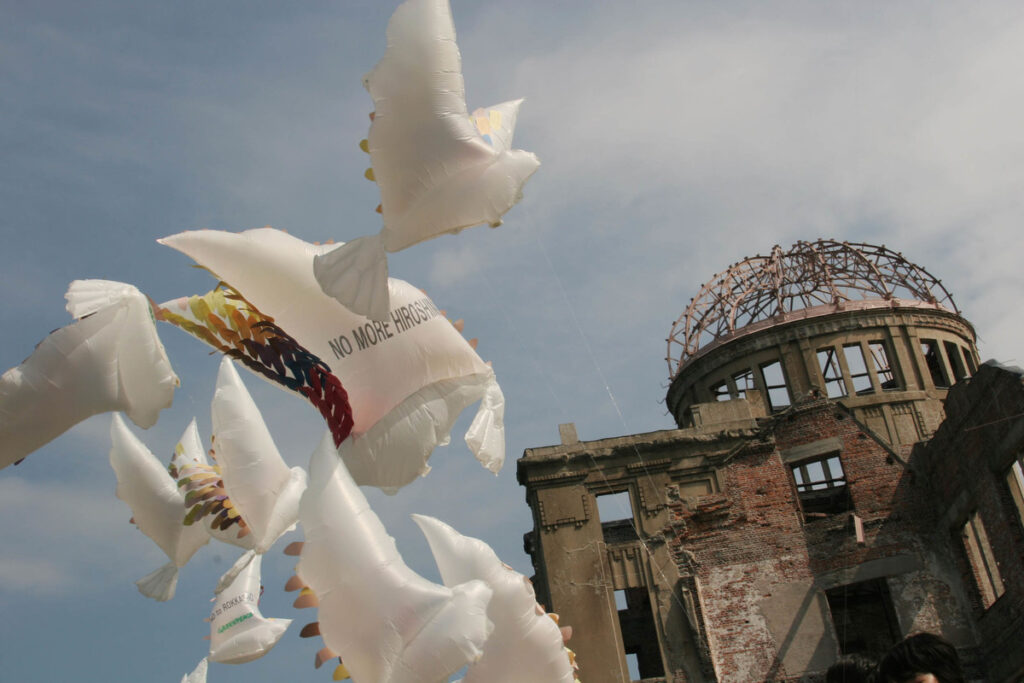 Recent events have shown that humanity is closer than ever to nuclear catastrophe. ‘Nuclear deterrence’ means a world permanently on the brink of catastrophe.

There is no alternative to eliminating these horrible weapons and creating a sustainable peace based on common security.

On the International Day for the Total Elimination of Nuclear Weapons, 26 September, there are around 12,705 nuclear bombs ready to be deployed. More than half of all people live in countries that have these weapons or are members of nuclear alliances. Everyone lives with the threat of nuclear destruction.

Russia’s invasion of Ukraine has raised the spectre of a nuclear disaster. Life on this planet will not be safe until the last warhead has been dismantled and nuclear weapons have been totally eliminated.

In 2021, the Treaty on Prohibition of Nuclear Weapons entered into force. During the first meeting of the states in June this year, 66 countries adopted the “Vienna Declaration” reaffirming their determination to realise the complete elimination of nuclear weapons.

With the looming threat of a new cold war, the trade union movement has amplified its campaigning for peace. The ITUC, the International Peace Bureau and the Olof Palme International Center launched a call to action to set the world on a path to peace based on the concept of common security.

Common Security 2022 states that “international security must rest on a commitment to joint survival rather than a threat of mutual destruction.” It urges world leaders to return to the path of disarmament and peaceful progress and cooperate to overcome contemporary security risks and causes of conflict.

Trade unions have a role to play in building a future without nuclear weapons by demanding and working for just transition plans that move money away from the arms industries and into peaceful economic activity, liberating resources to meet vital economic and social needs.

The elimination of nuclear weapons is an important step on the road to building a new social contract that can deliver a world that is fairer, safer and has a bright future.