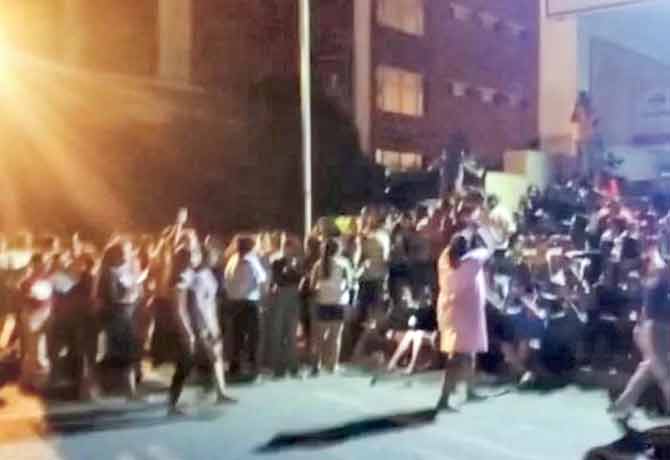 A massive row broke out amid a huge late-night protests at the Chandigarh University,  as allegations were made that objectionable videos of girl students were widely shared on social media. It was all said to have started with accusations being made against one of the girl students sending a video to a boy in Shimla.

It was alleged that she had shared some clips of fellow students. Visuals showed a large number of students gathering at the varsity late at night, seeking investigation and action. As the alleged leak of the videos was strongly condemned by leaders across political parties, the police and the varsity cleared the air in briefings and statements.

Punjab Chief Minister Bhagwant Singh Mann on Sunday ordered a high-level probe into the allegations that private videos of several female students staying in a Chandigarh University hostel were leaked and widely shared on social media. Mann said strict action will be taken against those found guilty and appealed to people not to believe rumours.

“Sad to hear about the unfortunate incident at Chandigarh University…our daughters are our honour…a high-level inquiry has been ordered into the incident…severe action will be taken against whoever is found guilty,” he said in a tweet.

The Chandigarh University has dismissed claims that private videos of several girls were leaked and said only one girl student had shared her own personal video which was later circulated on social media. The student has been arrested.

The police also claimed that only one video clip has been shared on social media. “During preliminary investigation, it has come to light that a woman student, who had been apprehended, had shared her own video with someone stated to be from Himachal Pradesh whose role is also under the scanner,” Mohali Senior Superintendent of Police Vivek Sheel Soni said.

The university in a statement also denied reports that several girl students tried to commit suicide after the rumours flew thick and fast. “There are rumours that seven girls have committed suicide whereas the fact is that no girl has attempted any such step. No girl has been admitted to the hospital in the incident,” Pro-Chancellor R.S. Bawa said.

Other girls in the hostel saw the shooting video “while she was in the washroom and in panic thought she was shooting videos of all the girls and came out in protest,” senior superintendent of police Mohali Vivek Sheel Soni clarified.