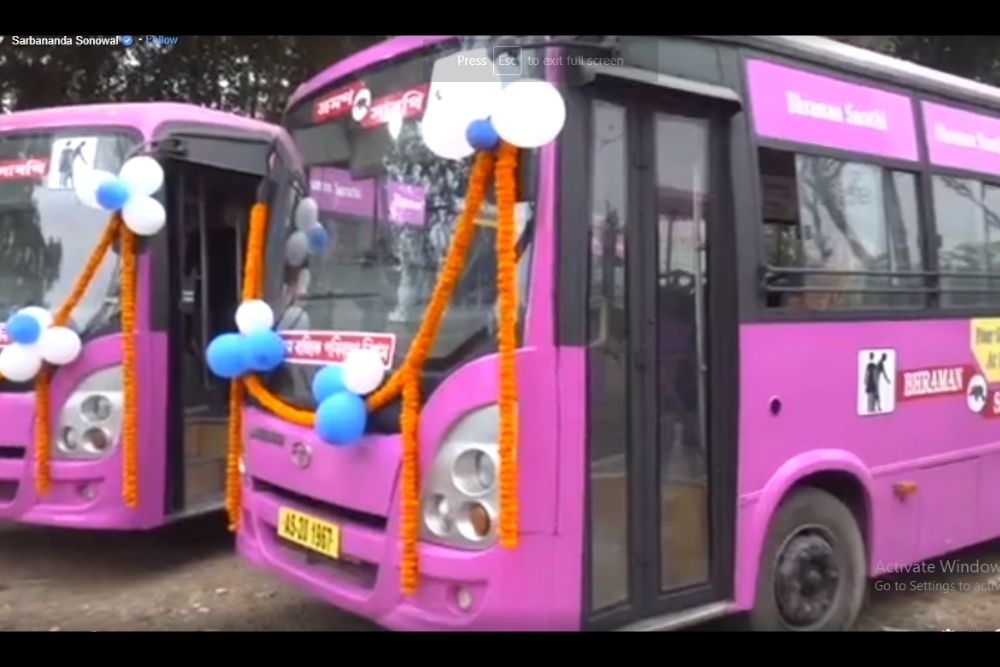 By Nava Thakuria, Senior Journalist  based in North East

Guwahati: Patriotic People’s Front Assam (PPFA), while appreciating the State minister of housing & urban affairs Ashok Singhal for taking a ride in city buses recently to understand the problems of daily commuters, urges him to focus on the quality night city bus service. Singhal in his statement assured that he would maintain a consistent effort to streamline connectivity in the city under the guidance of State chief minister Himanta Biswa Sarma (who recently flagged off 100 new compressed natural gas run city buses).

“Question that arises, why the government in general and transport department in particular can not ensure regular (and timely) city bus service after the dusk as the law & order situation has improved in the last few years. Why the Guhatainas can not enjoy a city bus ride after 9 pm in various routes? How long do they have to wait for a consistent bus service till the midnight ? If the private owners are immediately not ready to operate during night hours, why not the department run their own buses?,” said a statement by the forum of nationalists.

It also cited an example for attention of CM Sarma requesting his office to engage someone at the Chandmari point to observe if there are sufficient buses towards Guwahati Club after 8 pm. When thousands of enthusiasts are visiting Assam Book Fair at AEI filed (most of them depend on the public transport), should not the concerned department ensure quality night city bus services towards  Maligaon-Jalukbari, Narengi, Beltola-Basistha, ISBT, Kahilipara, Khanapara, Panjabari, etc, questioned the forum.

“As Guwahati is developing as a major city in eastern India waiting to connect many south Asian nations, it must be alive till late night hours. Presently, hundreds of young people work in different commercial establishments including shopping malls, restaurants, hospitals, etc till the night hours. They can not afford private vehicle services. Moreover, once the decent night bus service is in place, all kinds of commuters can plan their evening works accordingly. And it should happen,” concluded the PPFA statement.