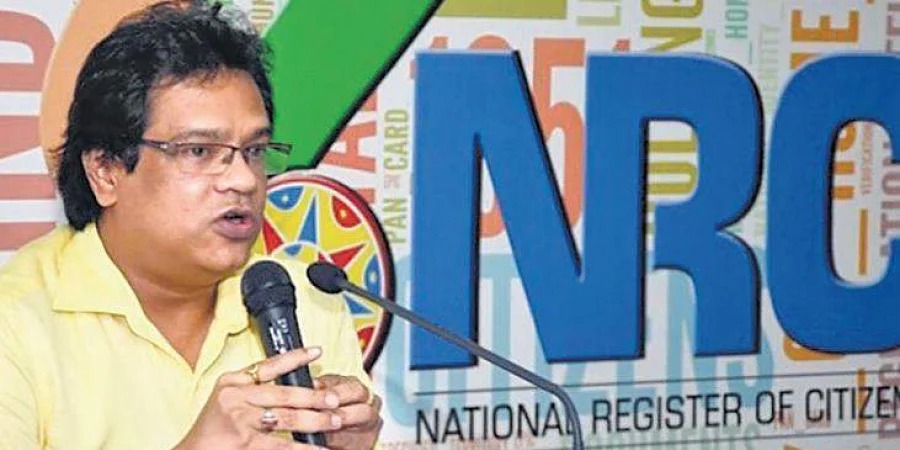 Another first information report (FIR) has been lodged against the former State coordinator of National Register of Citizens (NRC) and the system integrator, sub-contractors with other persons alleging corruption and money laundering while updating the NRC in Assam that began in 2014 under supervision of the Supreme Court of India.

The petitioner Hitesh Dev Sarma, present NRC State coordinator, has filed the case against Prateek Hajela, an IAS officer currently posted in his home State of Madhya Pradesh, in the State vigilance & anti-corruption department on 13 June 2022. Dev Sarma, also an IAS officer, claims in the complaint that a huge corruption and money laundering suspectedly took place during the tenure of Hajela in the process of NRC updation.

For conducting the updation of NRC program, the system integrator (WIPRO) was given the task of supplying data entry operators (DEOs). The system integrator was not permitted to subcontract any activities related to system design and development, deployment and enhancement of NRC software solution, data centre operation, etc.

However, it engaged one sub-contractor for providing data entry operators without any prior approval from the concerned authority. ‘From office record, it was found that the then State coordinator was aware of the fact that a sub-contractor was being used to provide DEOs’ though he did not officially approve the particular proposal.

The State Accountant General in a provisional audit report observed that ‘the difference of margin ranged from 45.59 to 64.27 percent was exorbitant and audit assessed that undue benefit of Rs 155.83 crore was allowed to SI/labour contractor after allowing 10 percent reasonable profit margin to the contractor’, added the complaint.

Narrating about the undue benefit to the tune of Rs 155.83 crore, Dev Sarma asserted that it’s a huge amount and it is reasonable to suspect that kickbacks and money laundering must have occurred in the process. He also mentioned that during his investigation it came to light that one Proloy Seal worked as a middleman in the whole process.

“He (Proloy Seal) was neither an employee of the office of the State coordinator nor was he a contractor engaged by the office. But his presence was always seen in the office. It is suspected that he was the key person in managing all the kickbacks and money laundering. A detailed investigation into the transactions, accounts/balance sheets of the persons involved is likely to prove corruption and money laundering as suspected,” stated in the FIR.

The provisional audit report also identified an ‘avoidable expenditure to the tune of Rs 10.73 crore’ in connection with the engagement of third-party monitoring consultants. As per the amended delegation of financial power rules, for the expenditure of more than Rs 5 crore, the then State coordinator should have obtained an approval from the empowered committee, headed by the chief secretary, or from the Registrar General of India.

But the then State coordinator engaged the consultants without taking approval from the concerned authority, added it. Citing the same audit report, where it observed that ‘entire expenditure of Rs 10.73 crore made against the engagement of consultants was unjustified and avoidable which resulted extra burden to the government exchequer and undue benefit to the SI to that extent’, Dev Sarma claimed that a large volume of government money was siphoned off in a fraudulent manner.

Mentionable is that Dev Sarma, earlier lodged a complaint with the criminal investigation department of Assam Police against his predecessor Hajela for deceitfully including names of suspected individuals (read Bangladeshi nationals) in the NRC.

He termed it as criminal and anti-national activities where Hajela deliberately used the software designed to avoid quality checks in the NRC updating exercise for Assam. The supplementary NRC list, which was released on 31 August 2019 excluded 19,06,657 applicants because of lack of adequate citizenship papers.