17th Mumbai International Film Festival will be in hybrid mode 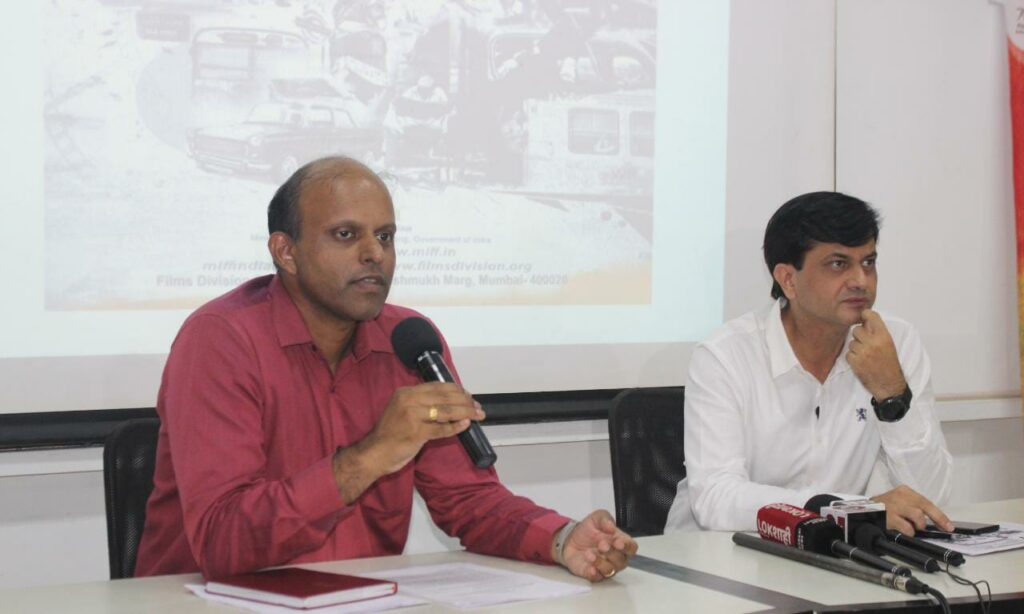 Presenting a kaleidoscope of World Cinema, Mumbai International Film Festival (MIFF) for Documentary, Short Fiction and Animation films is back with its 17th edition. MIFF 2022 will kick-start from 29th May with the inaugural ceremony at Nehru Centre Auditorium, Worli, Mumbai and will conclude with the award distribution ceremony on 4th June 2022.

The delegates of 17th MIFF will experience qualitative as well as diverse content in the current edition. For delegate registration and details log on to www.miff.in

“Media Registration begins today.  I invite you all to register and be a part of this festival,” DG, Films Division and Director, MIFF, Ravinder Bhakar invited the media while addressing the curtain raiser press conference, in Mumbai.

He also informed that the Student registration fee has been made free for all students above 18 years of age in order to encourage them to take part in the festival. The Director also informed that the 17th MIFF will be in hybrid and the hybrid component is being facilitated by National Film Development Corporation (NFDC).

Keeping its fame intact, MIFF 2022 has got an overwhelming response from filmmakers across the world, receiving a whopping 808 film-entries from 30 countries.  Apart from screening of 120 Films in ‘Competition’ and ‘MIFF Prism’ category, an array of special film packages, masterclasses and workshops has been curated for the film lovers.

Netflix original series “Mighty Little Bheem: I love Taj Mahal” episode will make its World Premiere at MIFF 2022.  The first animation film co-produced by India and Japan ‘Ramayana: The Legend of Prince Rama’, will also have its special screening at MIFF. The film is celebrating 30 years since its first launch.

The Festival Director spoke about the initiatives being taken by Films Division this MIFF. “We wanted to professionally promote this art form so we are collaborating with leading National and International players. The B2B opportunities will open the doors of infinite success to Filmmakers.”

Goa to reprint books by Savarkar