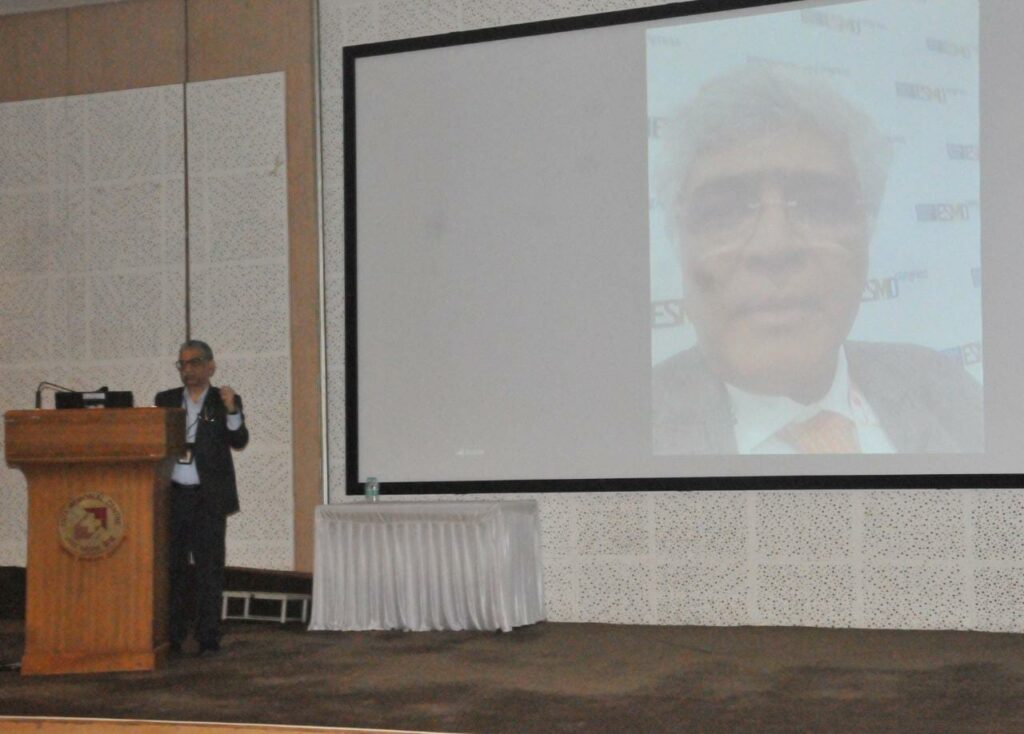 Dr Rajendra Badwe, Director, Tata Memorial Centre, Mumbai today presented the results of a landmark multi-centre Indian study on breast cancer. The results of this study show that this simple, low-cost intervention significantly and substantially increases the cure rates and survival of breast cancer patients, with a benefit that is ongoing for several years after surgery.

The injection requires no additional expertise, is inexpensive, and can result in saving up to 100,000 lives annually globally. These benefits are substantial and were achieved with an intervention the cost of which was less than Rs.100/- per patient. For comparison, benefits of far lesser magnitude have been achieved in early breast cancer patients by much more expensive, targeted drugs which cost more than ten lakhs per patient.

The clinical trial is hence an important milestone in the treatment of breast cancer. The trial in women undergoing breast cancer surgery involved the injection of a commonly used drug around the tumour, on the operating table, just prior to surgery.

Dr. Badwe presented these findings at the ongoing European Society of Medical Oncology (ESMO) Congress in Paris, one of the most prestigious cancer conferences in the world held annually in Europe.

Joining from Paris immediately after his presentation, Dr Badwe commented, “This is the first study of its kind globally, that has shown a sizable benefit by single intervention prior to surgery. If implemented across the world, it has the capability to save over 100,000 lives annually.

For scientists, it opens the window of peri-operative intervention to modulate the environment of cancer in such a way as to prevent its deleterious reaction to the act of surgery [observation]. Evolving low-cost interventions for cancer has been a mission of Tata Memorial Centre and Department of Atomic Energy for the benefit of Indian and global population and this study, supported by the Department of Atomic Energy, is a major step towards Atma nirbhar Bharat.”

The study, ‘Effect of Peri-tumoral Infiltration of Local Anaesthetic Prior to Surgery on Survival in Early Breast Cancer’ is a randomized controlled trial, conceived and designed by Dr Badwe, who is the principal investigator. The study was conducted by investigators at 11 cancer centres in India including Tata Memorial Centre in Mumbai over an 11-year period between 2011 and 2022.