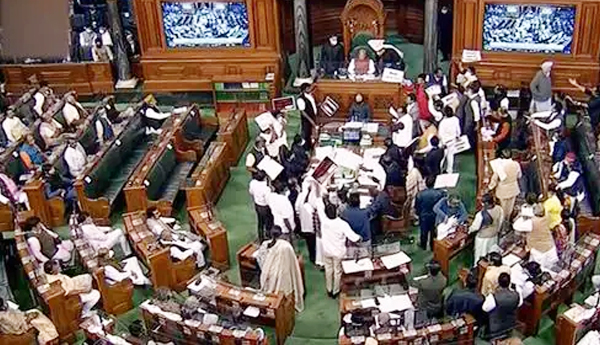 Both the House of Parliament today adjourned Sine Die, four days ahead of the schedule. The Monsoon Session of Parliament, which commenced on the 18th of last month, was scheduled to end on the 12th of this month.

In the Rajya Sabha, in his closing remarks, Chairman M. Venkaiah Naidu said, the House conducted business for 38 hours while it lost 47 hours due to disruptions during the session.

Terming it as a sad reflection on the functioning of the Upper House, Naidu said continuous disruption denied the members opportunity to discuss matters of urgent public importance. He said, the Question Hour could not be taken up on seven days.

Talking about the business of the Upper House, the Chairman said, only five Bills were considered and passed. Naidu added that the House took up a short duration discussion on the rising prices of essential items in the country.

]In his closing remarks in the Lok Sabha, Speaker Om Birla said, six bills were introduced and seven bills were passed during the session. He said, 16 sittings were held and the House conducted business for more than 44 hours. He said the productivity of the House was 48 per cent during the session. Birla said, the House also held two short-duration discussions on the price rise and steps to promote sports in the country.