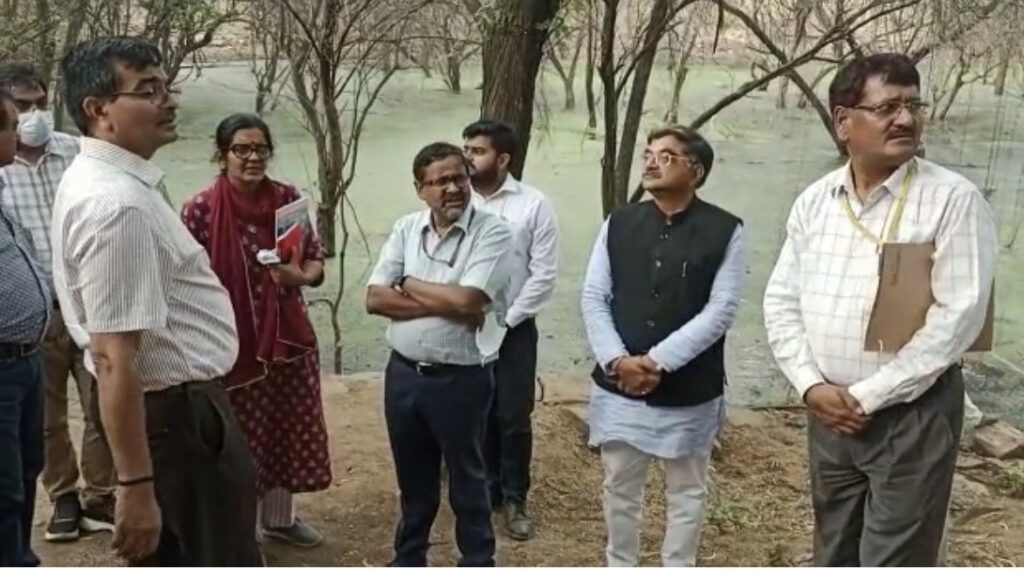 They had a detailed survey of the area, and found several encroachments besides sewage drains emptying in the 1200yearold historic mini-lake. It was built by the founder King of Delhi Maharaja Anang Pal Tomar in 1052 CE behind the famous 27 Hindu- Jain temples in Mehrauli area.

The Vishnu GarudDhwaj (popularly known as Iron pillar) was a dharmic flag standard in front of Anang Pal’s VishnuTemple. Later these temples were razed to ground by QutubuddinAibak and rains were used to build Jami mosque, which later became known as Quwwatul Islam mosque.

NMA Chairman Tarun Vijay said that the time to highlight historic truth is now and it is heartening that NMA has succeeded in bringing out the facts about the founder king of Delhi.

The city was known earlier as DhillikaPuri, as stone inscriptions excavated by Lord Cunningham have revealed. These stone inscriptions were found by British period ASI officers in Palam, Naraina and Sarban (Raisina) during the construction of New Delhi.

He said that Delhi is not the city of graveyards as it is projected but it a great city of joy, art, culture and sacrifices by the Sikh Guru TeghBahadur sahib and warriorslike Banda Singh Bahadur, Baba Baghel Singh, Maratha Chief MahadajiShinde who conquered Delhi and defeated Mughals.

Excavations at Anang Tal were taken up in 1993 by ASI under the veteran archaeologist Dr B.R.Mani. The detailed surveymap of the area, that include beautiful staircase leading to the Tal and its measurements are with ASI.