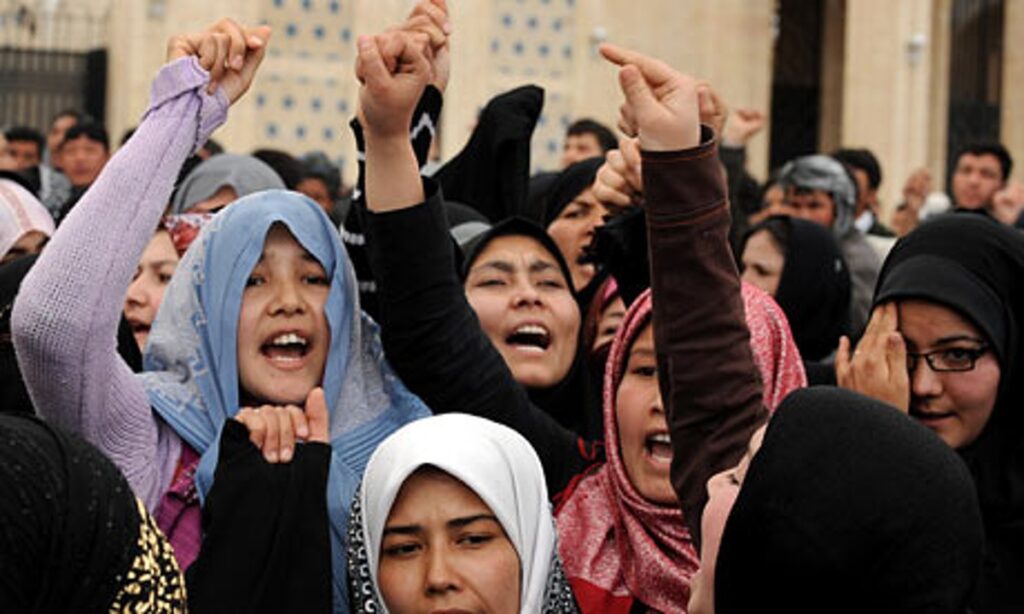 However, over the past year, they have carried out serious human rights violations and abuses, and sought to suppress civil society, media freedom, and any form of dissent with complete impunity.

Since 15 August 2021, we have witnessed the steady erosion of human rights gains in Afghanistan and attacks, reprisals, and a failure of any effective protection for human rights defenders in the country.

Women and girls, religious and ethnic minorities, those speaking out against violations and for the protection of the rights of the most vulnerable, have been deliberately targeted.

This is a pattern of violence that has been met with insufficient action from the international community. Human rights defenders who continue to work for their communities have been effectively abandoned and left without adequate support, access to resources, protection, and pathways to safety.

Human rights defenders have faced near-daily attacks and violent reprisals including arrest, torture, threats and killings since the Taliban takeover. Escalating violence in the provinces has forced a large number of defenders to leave their homes and relocate and/or resettle.

Human rights defenders, in particular women human rights defenders have been facing multiple risks and threats by the Taliban, including: kidnapping; arbitrary arrest and imprisonment; torture; physical and psychological harm; house searches; death and physical threats; intimidation and harassment; and violence against their family members.

Women human rights defenders have also faced systematic oppression and segregation from public life. They have been stripped of their rights to work, freedom of movement, access to education, and to participate in public affairs.

For those seeking to leave Afghanistan due to severe risk, safe and dignified pathways out of the country remain extremely difficult and challenging.

Curtailment of freedom of expression and assembly

There has also been serious curtailment of freedom of expression and assembly. These freedoms are no longer legally and institutionally protected, and any form of dissent is met with arbitrary arrests and detention and enforced disappearance.

Enforced disappearances of women, and arbitrary arrest of journalists and civil society activists are tactics adopted by the Taliban to silence voices that speak out. Women who have organized and participated in peaceful protests have faced violent crackdowns, including arrests and torture, underlying the unlawful escalation of efforts to suppress peaceful protests and free speech in Afghanistan.

Additionally, the Taliban have continuously repressed media freedom. In the first three months of the Taliban seizing power, 43% of Afghan media outlets ceased to exist. Journalists are being detained and beaten, particularly when covering protests. Media workers, particularly women, have been intimidated, threatened, and harassed, forcing many to go into hiding or leave the country. House-to-house searches for journalists have been conducted, particularly those working or perceived to be working for western media outlets.

Religious and ethnic minorities have been particularly targeted.  The Taliban have organized military assaults on civilians and have been targeting minority groups in Kunduz, Daikundy, Ghazni, Nangarhar, Faryab, Badakhshan, Panjshir, and Baghlan Provinces.

They have also conducted attacks on Hazaras, Hindu and Sikh with credible allegations of war crimes, genocide, and ethnic cleansing against these communities. Human rights defenders from these communities, especially women, are at specific risk. Those seeking to document and expose violations have faced severe reprisals.

Since the Taliban takeover, the country’s independent institutions, such as the Afghanistan Independent Human Rights Commission (AIHRC) have been dissolved and its staff in the country threatened.

The dissolution of the AIHRC emphasizes the disregard of human rights principles by the Taliban, which has further narrowed the access for Afghan citizens and human rights defenders to an independent and effective human rights mechanism in the country.

The human rights crisis in Afghanistan includes the suffering of those displaced due the violence. The Taliban takeover has exacerbated one of the longest refugee situations in the world. To date, over six million Afghans have been driven out of their homes and/or their country by conflict, violence, and poverty.

Of those, 3.5 million are displaced within Afghanistan, with 2.6 million Afghan refugees living in other countries.1 These numbers have been exacerbated by the Taliban´s seizure of power in Afghanistan in August 2021 and the critical humanitarian crisis Afghanistan is facing today. The impact of the situation has been devastating for human rights defenders and their families as they flee their homes to save their own lives. Safe pathways for defenders to leave and escape violence are highly limited. Those in neighboring countries suffer from lack of access to facilities, threat of arrest and forced repatriation, and uncertainty about their future.

Accordingly, we call on the international community to:

• Uphold their commitments and provide people who have dedicated their lives to the defense of human rights, gender equality, the rule of law, and democratic freedoms immediate practical support at all levels, including through diplomatic and political channels, with specific and enhanced protection measures for women human rights defenders and women journalists.

• Take concrete actions to ensure an immediate end to all human rights violations and abuses against all individuals in Afghanistan, including human rights defenders, minorities – especially ethnic and religious groups- LGBTIQ+, journalists, women and girls.

• Urge the Taliban to ensure that girls and women have opportunities and access to good quality education, in accordance with international human rights law and equal to those afforded to men and boys, and to open schools for girls of all ages and respect the rights of women to participate in public affairs.

• Take all necessary measures to ensure the safe passage out of Afghanistan. This includes ensuring that border crossings remain open, visas or laissez-passer are expedited, swift support for evacuations is delivered, and relocation and resettlement aid is provided.

• Commit to ensuring that the mandate of the UN Special Rapporteur on the situation of human rights in Afghanistan is extended until the targeted aims are reached and he has sufficient resources to fulfil his mandate, and to assessing the adequacy of these resources after reviewing his report.

• Call for an official visit to Afghanistan by the UN Secretary-General to help redirect world attention to the situation, increase pressure on the Taliban to respect human rights, and prompt global solutions to end the dire humanitarian crisis.

• Call on the Taliban to immediately reinstate the independent AIHRC and the Afghan Ministry of Women Affairs and provide it with the resources and support necessary to fully perform its functions and preserve its independence.

• Request the Office of the Prosecutor at the International Criminal Court to move forward promptly in a broad and inclusive effort to investigate and prosecute crimes within the jurisdiction of the court that have been committed by all perpetrators, and call for all UN member states to establish and effectively exercise universal jurisdiction to hold all perpetrators of crimes committed in Afghanistan accountable.

• Prevent and counter the intervention of the Taliban in the distribution of humanitarian aid by the UN and other humanitarian or charity organizations. All humanitarian aid should be fairly distributed to those affected, regardless of their ethnic, religious or other backgrounds.

• Call on the Taliban to allow the UN Special Rapporteur’s to visit all requested areas, including where there have been reports of war crimes.