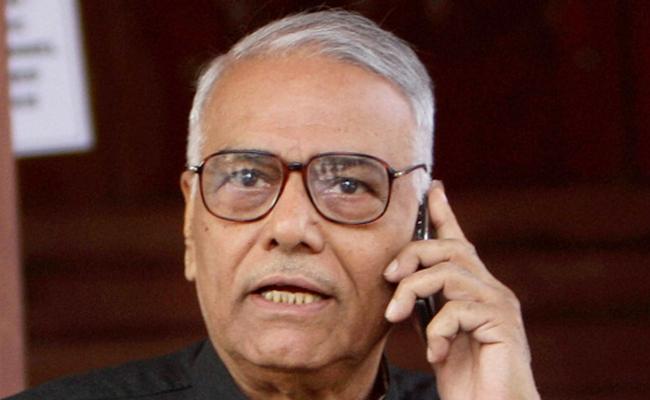 Former Union minister Yashwant Sinha (85) has emerged as the consensus presidential candidate of 13 opposition parties, including the Congress, the Trinamool Congress, and the Samajwadi Party, which met in Delhi on Tuesday.

“We [opposition parties] have unanimously decided that Yashwant Sinha will be the common candidate of the opposition for the presidential elections,” Congress leader and former union minister Jairam Ramesh announced after the meeting.

The announcement comes shortly after Sinha hinted that he has accepted the proposal  made by a section of Opposition leaders to make him their presidential candidate. While the TMC had pitched Sinha’s name, the Congress and Left parties had been insisting that the former BJP leader first resign from his party post to emerge as a more acceptable face. Soonafter, on Tuesday morning he announced his resignation from TMC by a Tweet.

Sinha, who had quit the BJP in 2018, joined the TMC last year. He was later appointed as the party’s vice-president. The former IAS officer entered politics in 1990 as Finance Minister in Chandrasekhar government. Later he joined BJP and hold finance and external affairs  in Vajpayee’s cabinet.

Opposition leaders, who gathered at the Parliament annexe for the meeting convened by NCP chief Sharad Pawar to decide on a consensus candidate for the presidential election, agreed on Sinha’s name. Sinha’s name came up after Pawar, Gopalkrishna Gandhi and Farooq Abdullah opted out of the race.

The election of the office of the President of India is scheduled for July 18 and the counting of votes, if needed, will be done on July 21.