Venkaiah says Modi one of the most popular, iconic leader of India 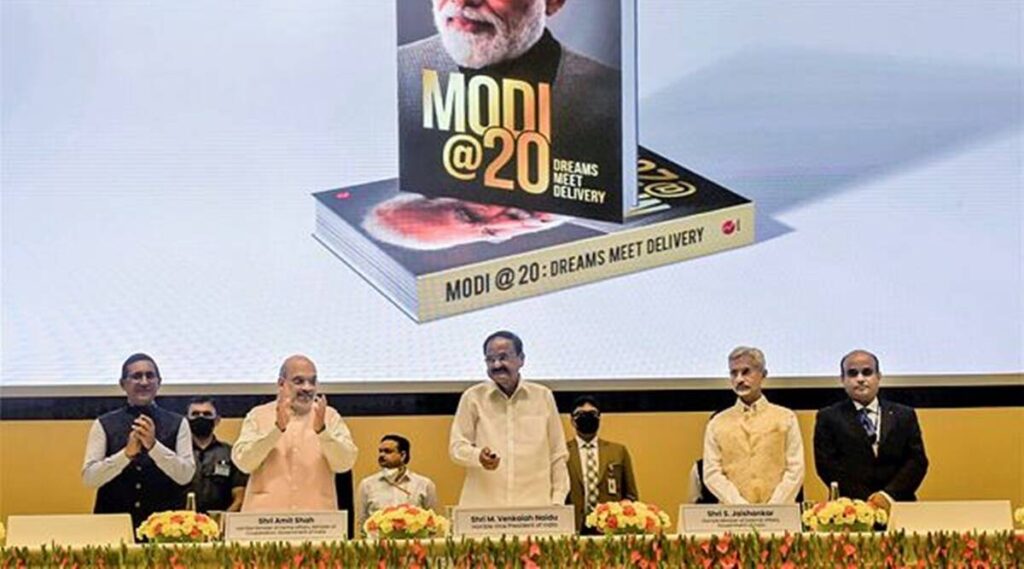 Describing Prime Minister Narendra Modi as one of the most popular and iconic leaders of modern India, Vice President M. Venkaiah Naidu decoded what he called the ‘Modi phenomenon’ with an elaborate exposition of the attributes of Shri Modi and other factors that contributed to it.

He released a book titled ‘Modi @ 20 : Dreams Meet Delivery’ , a compilation of 21 articles by 22 domain experts bringing out various aspects of the thinking and performance of Modi in various domains as Chief Minister of Gujarat and Prime Minister for 20 years since 2021.

Naidu described the Prime Minister as a ‘scientist’ for extending various schemes successfully implemented earlier when Modi was the Chief Minister of Gujarat based on the results and thereby enabling evidence-based formulation of projects and schemes.

Referring to Modi being called as an ‘election machine’, Naidu noted that for Shri Modi, elections are not an outcome of politics but constitute social science with deep understanding of the life contexts of common people and deep insight into their aspirations that make Shri Modi a successful campaigner.

The Vice President further noted that “the ability, mobility and stability (with required majority in the Lok Sabha) of Prime Minister Shri Modi is leading India to prosperity”.  Shri Naidu asserted that Shri Modi is impatient only with tardy implementation of policies and schemes as he is keen on scale and speed of execution since India is still facing developmental gaps in the 75th year of Independence and is keen about bridging those gaps.

Naidu said that MODI is all about the Mission of Making of Developed India and urged all the parties in power in different States to make effective use of all available developmental and democratic platforms to make the nation surge ahead. He called for ensuring a peaceful environment in the country by ridding it of all tensions to realize this mission.