This is a New India that solves the problems, says PM Modi 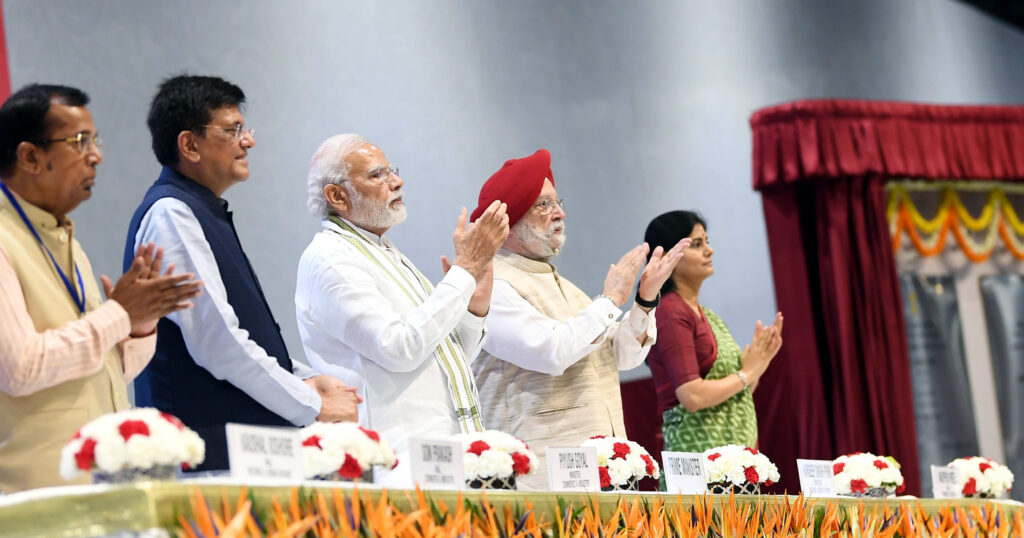 “This is a New India that solves the problems, takes new pledges and works tirelessly to realize those pledges”, said Prime Minister  Narendra Modi. He dedicated to the nation the main tunnel and five underpasses of Pragati Maidan Integrated Transit Corridor Project in New Delhi. The Integrated Transit Corridor project is an integral part of Pragati Maidan Redevelopment Project.

Prime Minister called the project a big gift from the central government to the people of Delhi. He said that this tunnel is part of the campaign to transform Pragati Maidan according to the needs of the 21st Century. He recalled the enormity of the challenge in completing the project due to the traffic congestion and the pandemic. He credited the new work culture of New India and workers and engineers for completing the project.

For the first time, the Prime Minister emphasized that any government is giving importance to urban planning on such a large scale. Work is being done to provide better facilities to everyone, from the urban poor to the urban middle class. Modi said that the country is creating multimodal connectivity through the vision of PM GatiShakti National Master Plan. GatiShakti is a medium of Sabka Vishwas and Sabka Prayas, he added.

Speaking on the occasion, the Union Minister for Commerce and Industry, Consumer Affairs, Piyush Goyal said it is a result of Prime Minister Modi’s commitment towards Ease of Living that today the Pragati Maidan Integrated Transit Corridor Project has been completed. “This is a good example of the saying, ‘Modi hai to mumkin hai’ (Modi makes it possible).”

Goyal said the tunnel is a shining example of AatmaNirbhar Bharat as the entire construction and designing of the tunnel has been done by our engineers. “We have undertaken a systematic shift in integrated planning and execution of the civil works during its construction, utility shifting alone is to the tune of Rs 32 crores,” he added.