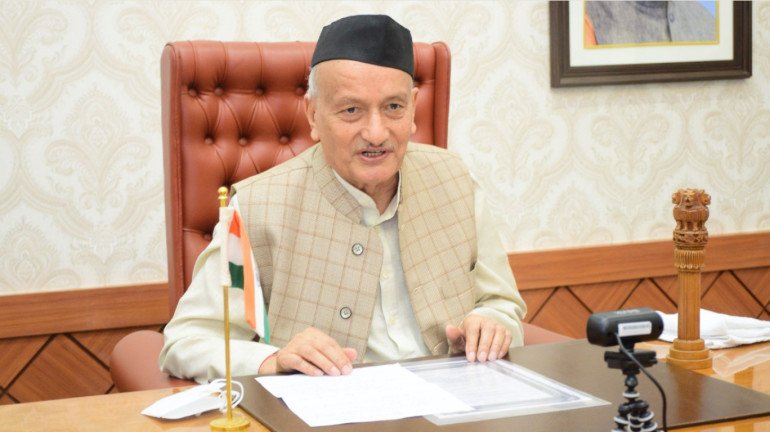 Even as the political uncertainty in Maharashtra continues to unfold, the rebel Shiv Sena MLAs, led by senior leader Eknath Shinde, moved the Supreme Court on Sunday against the disqualification notice issued against them. On the otherhand, Governor B S Koshiyari had summoned central forces to the state, if needed during any law and order problems arises.

The rebel legislators, who have been camping at a luxury hotel in Assam’s Guwahati, also challenged the rejection of no-confidence motion against Deputy Speaker Narahari Zirwal. Shiv Sena had filed application for disqualifying 16 rebel MLAs after they revolted against the party and pushed the government on the brink of collapse.

The legislature secretariat has issued ‘summons’ to these MLAs, seeking written replies by the evening of June 27. In their petition filed in the top court, the rebel leaders have also challenged the appointment of Ajay Choudhari as the Shiv Sena Legislature Party leader.

Sena named Choudhari to the post after removing Shinde a day after the latter left Mumbai with a sizable number of loyal MLAs leaving the Maha Vikas Aghadi government teetering.

Amid the intense power tussle between Shinde and Chief Minister Uddhav Thackeray, one more minister left the Sena camp on Sunday and joined the rebel leaders. Uday Samant is the ninth minister to desert the Uddhav Thackeray’s team.

Meanwhile, Governor B S Koshyari has asked the Centre to keep “adequate” central security forces “ready… to address the situation” if required. In his letter addressed to Union Home Secretary Ajay Bhalla, dated June 25, Koshyari said that although he had asked the state police to provide adequate protection to the rebel MLAs, the police remained a “mute spectator” while the offices and homes of these MLAs were vandalised.

Koshyari, who had tested positive for Covie-19,  was discharged from hospital on Sunday. In another letter to Maharashtra Director General of Police Rajnish Seth, also dated June 25, Koshyari directed the state administration to provide “immediate” protection to the rebel MLAs and their families.

“I have received a representation dated 25th June 2022 from 38 MLAs of Shiv Sena, 2 MLAs of Prahar Jan Shakti party and 7 Independent MLAs stating that the security of their families ‘has been illegally and unlawfully withdrawn’. They have also raised serious concerns about the safety of their homes and families in context of the provocative and threatening statements being made by certain political leaders. Already, offices and homes of some of the MLAs have been vandalised with the police being a mute spectator,” he said in his letter.

Meanwhile, the Union Ministry of Home Affairs (MHA) on Sunday granted Y-plus security cover, comprising CRPF personnel, to at least 15 rebel Shiv Sena MLAs. Sources said security will be provided to the MLAs, who are in a hotel in Assam, as well as their families in Maharashtra.