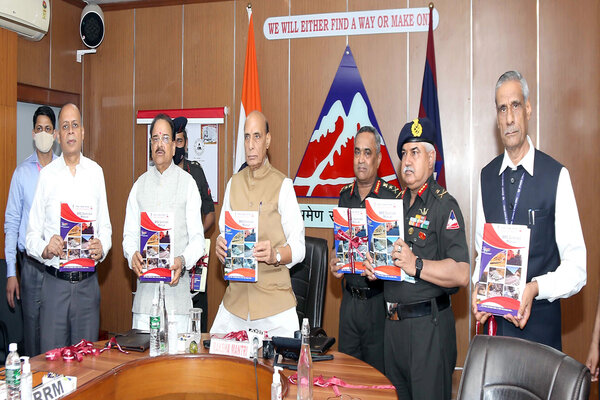 Defence Minister Rajnath Singh has called upon Border Roads Organisation (BRO) to further enhance its capability through optimum use to technology and strive to strengthen the infrastructure of the border areas at a faster pace. He was addressing all ranks of the BRO at an event organised in New Delhi on Saturday, to celebrate the 63rd Raising Day of the Organisation.

“The Chinese presence has increased in the Northern sector in the recent past. Due to their proficiency in construction in mountainous areas, they manage to reach different places very quickly. The BRO must continue to work in parallel and focus on increasing their capability with full use of technology,” he said.

He added that the Government, on its part, is making all efforts to provide the required support to the BRO in this direction. Rajnath Singh mentioned about the recent announcement of increase of capital budget of BRO by 40% to Rs 3,500 crore in Financial Year 2022-23, reiterating the Government’s commitment to the country’s security and development of border areas.

He assured the BRO of not just budgetary, but all possible support in this endeavour. He described the development of border areas as a major part of Government’s comprehensive defence strategy, noting that it will bolster the security apparatus of the country and bring a positive change in the lives of people residing in remote areas. He stated that people’s participation is also a key part of the defence strategy.