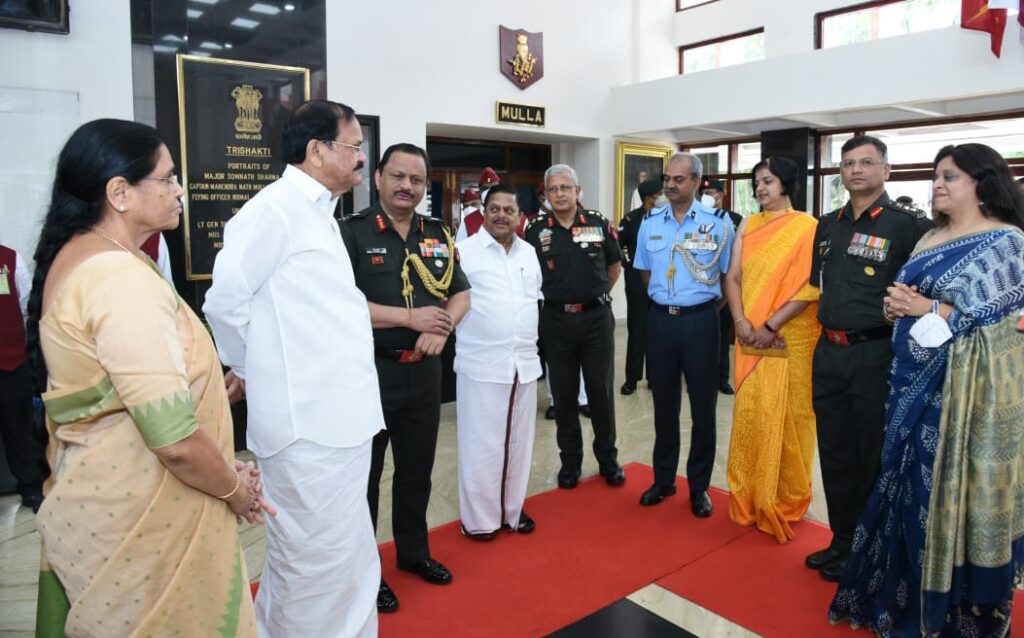 Vice President, M. Venkaiah Naidu said that the hybrid nature of conflicts coupled with increasing use of drones and cyber warfare has brought a paradigm shift to the battlefield and asked our armed forces to develop capabilities in these new and emerging areas. It should be our vision to develop the Indian military into a ‘future force’, he said.

Addressing the officers and staff of Defence Services Staff College, Wellington, he said that India is facing multiple security challenges in a highly complex and unpredictable geo-political environment.

Noting that we are facing both symmetric and asymmetric threats from outside and within, he wanted our armed forces to be fully prepared to handle any challenge and repel any security threat firmly.

On this occasion, Naidu said that geostrategic and geopolitical compulsions, terrorism and climate change, have added to the complexity of the security matrix and called for having a deeper understanding of such issues. Recognising that a change in the security paradigm with time is today’s reality, he stressed the need to constantly strengthen our preparedness and draw up a robust strategy.

Emphasising the need to attain self-reliance in defence and aerospace technology, Naidu appreciated the government for taking several initiatives towards atmanirbharta in this crucial field.

“As we step into the future, you will have to graduate from single service competencies to multi domain challenges which require a thorough understanding of joint and multi domain operations,” he told the officers and wanted the trainers and faculty of DSSC to inculcate a sense of jointness and synergy amongst all students.

Recognizing that the armed forces are amongst the most respected entities of our country, the Vice President said that they have earned the regard of their fellow citizens through their untiring efforts and great sacrifices. “Be it fighting external aggression or insurgencies or aiding civil administration during the times of natural calamities, the men and women in uniform have always done the nation proud,” he further said.