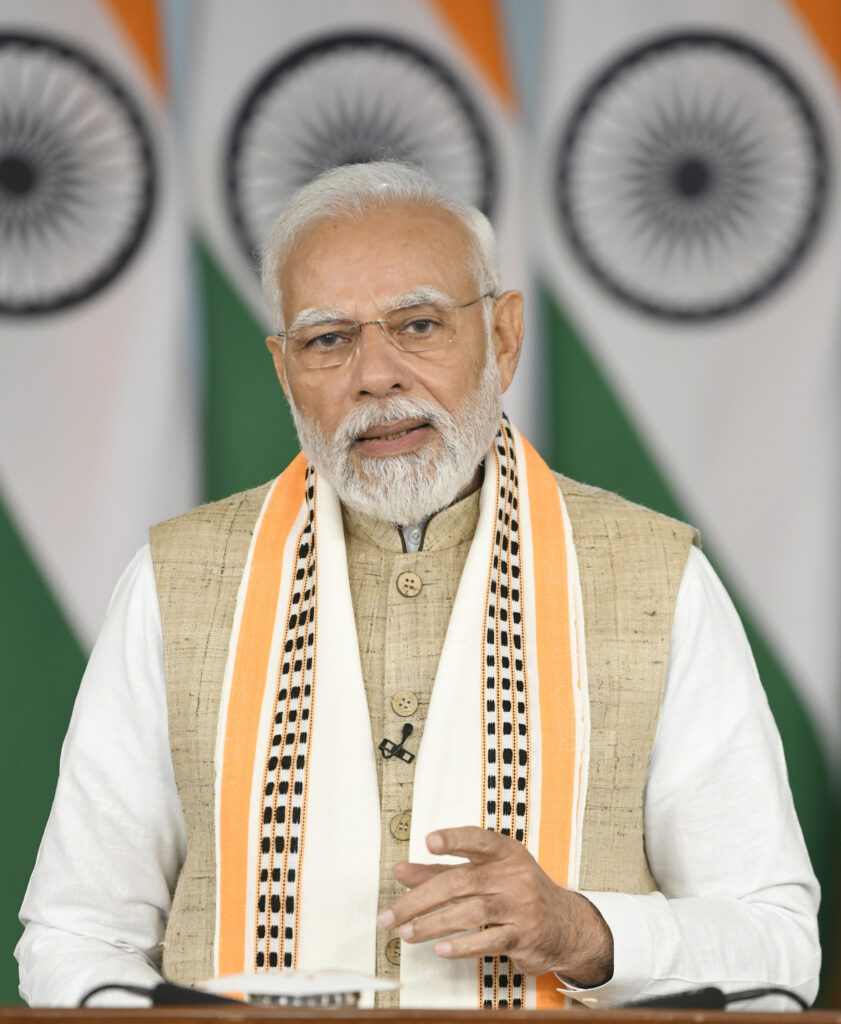 “Manipur Sangai Festival highlights the spirit and passion of the people of Manipur”, the Prime Minister Narendra Modi remarked as he applauded the efforts and the comprehensive vision of the Manipur Government and Chief Minister N Biren Singh for organising this festival.

Addressing the Manipur Sangai Festival via video message, he labelled it as the grandest festival in the state stating it helps in promoting Manipur as a world-class tourism destination.

Remarking on Manipur’s abundant natural beauty, cultural richness and diversity, the Prime Minister said that everyone wants to visit the state at least once and drew an analogy to a beautiful garland that is made up of different gems. The Prime Minister further added that Manipur is exactly like an elegant garland where one can witness a mini India in the state.

The Prime Minister underlined that India in its Amrit Kaal is moving forward with the spirit of ‘Ek Bharat Shreshtha Bharat’. Shedding light on the theme of the Sangai Festival which is the ‘Festival of One-ness’ the Modi remarked that the successful organisation of this festival will act as a source of energy and inspiration for the nation in the days to come.

“Sangai is not only the state animal of Manipur but also has a special place in India’s faith and beliefs. The Sangai Festival also celebrates the biodiversity of India”, the Prime Minister said. He further added that it also celebrates India’s cultural and spiritual ties with nature.

The Prime Minister also informed that the festival inspires indispensable social sensitivity towards a sustainable lifestyle. “When we make nature, animals and plants a part of our festivals and celebrations, then co-existence becomes a natural part of our life”, he said.

The Prime Minister expressed delight that the Sangai Festival is being organised not just in the state capital but in the entire state, thereby giving an extension to the spirit of the ‘Festival of One-ness’.

Modi pointed out that different moods and colours of the festival could be seen at around 14 locations from the Nagaland border to the Myanmar border. He lauded the commendable initiative and said, “When we connect such events with more and more people, only then its full potential comes to the fore.”