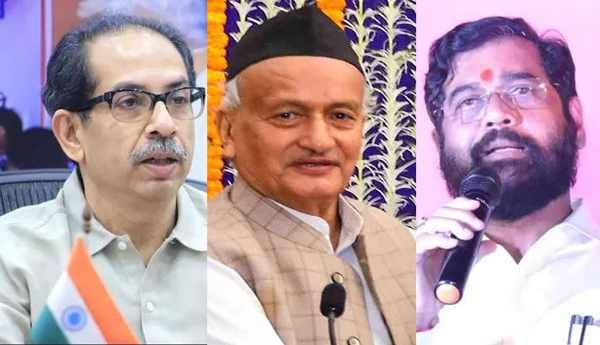 Over ten days long political stalemate in Maharashtra is likely to be ended by month-end with the Governor Bhagat Singh Koshyari directing the Maharashtra Legislature Secretary to hold a floor test of Chief Minister Uddhav Thackeray-led Maha Vikas Aghadi (MVA) government at 11am on Thursday.

He met the Governor while returning from New Delhi, where he met party chief JP Nadda  and Home Minister Amit Shah. This is indicating that BJP is getting ready to form the next government in the state in alliance with Shiva Sena-rebel faction led by Eknath Shinde.

At the same time, Shiva Sena rebel leader Eknath Shinde announced in Gawhati that they will be returning to Mumbai on Thursday to take part in the floor test. BJP also summoned all its MLAs to reach Mumbai.

The presence of BJP MP and senior lawyer Mahesh Jethmalani in Fadnavis meeting with national leaders revealing that the party is seriously examining various legal provisions,  in the case Chief Minister Uddhav Thackeray refuse to resign.

Incidentally, Fadnavis left for Delhi only after a meeting of party’s core committee in the state, here they have taken present political scenario in the state into consideration.

The Maha Vikas Aghadi government in the state is on the brink of collapse after Shiv Sena leader Eknath Shinde claiming support of as many as 50 MLAs.  Though BJP repeatedly denying any  role in the rebellion but reports suggest that the party is in touch with the Shinde camp for a possible government formation.

A party source indicates Shinde and other key members of the rebel group will be suitably accommodated in case their party comes to power. Shinde may be made deputy chief minister in such an eventuality.

BJP general secretary Kailash Vijayvargiya said his party was watching the turmoil in the Shiv Sena. “We have no role in the current turmoil in Maharashtra. This (rebellion) is internal strife of the Shiv Sena. We are just standing at a distance and watching it,” he told reporters.

Meanwhile, Thackeray made yet another emotional appeal to the rebel MLAs to return to Mumbai and talk to him to find a solution to the present crisis. “It is not too late. I appeal to you to return and sit with me and remove the confusion (created by your actions) among Shiv Sainiks and the public,” he said in a statement.