Legislators must set high standards through their conduct, says Dhankhar 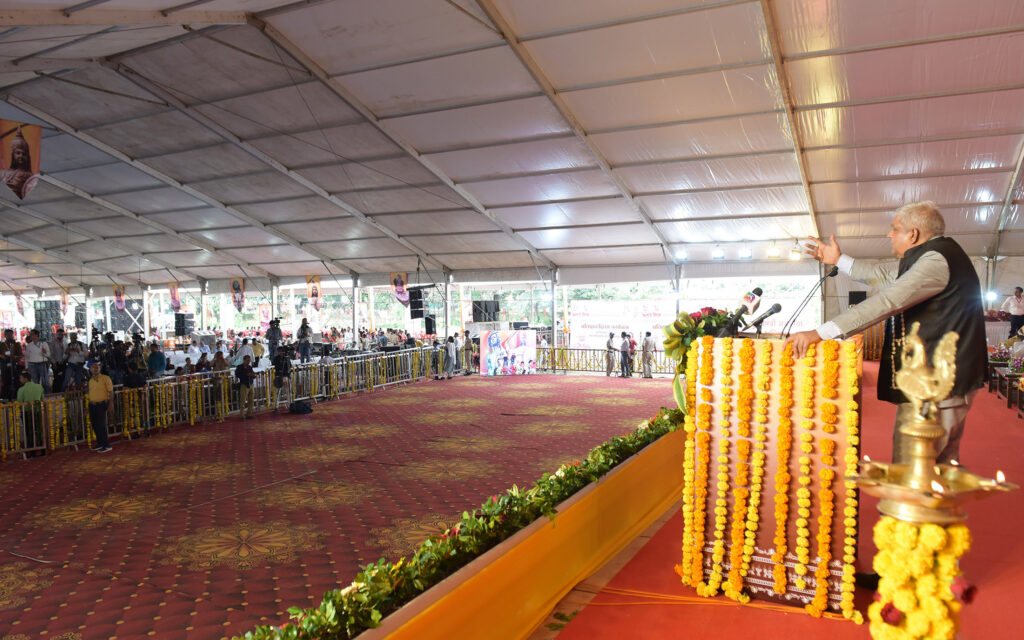 Vice President, Jagdeep Dhankhar stressed that decorum and discipline is the heart and soul of democracy and urged the elected representatives to set high standards through their words and conduct.

Addressing the Members of Rajasthan Legislative Assembly during a felicitation ceremony organized in his honour in Jaipur, Dhankhar said that the reputation of people’s representatives and efficiency of parliamentary institutions is critical to flourishing of democracy.

“Failure on these counts would adversely impact other public institutions as well,” he added. Observing that historically, our legislative assemblies and the Parliament have largely functioned in a calm and composed way, the Vice President termed the present situation as alarming.

He stressed the need for political parties to come on a common platform and resolve their differences through a consensual approach. Highlighting that guidance to governance emanates from hallowed precincts legislature, he called for taking inspiration from quality debates of our constituent Assembly.

Referring to the principal of ‘Separation of Powers’, the Vice President underlined that none of the three organs of the ‘State’ can claim to be supreme as only the Constitution is supreme.