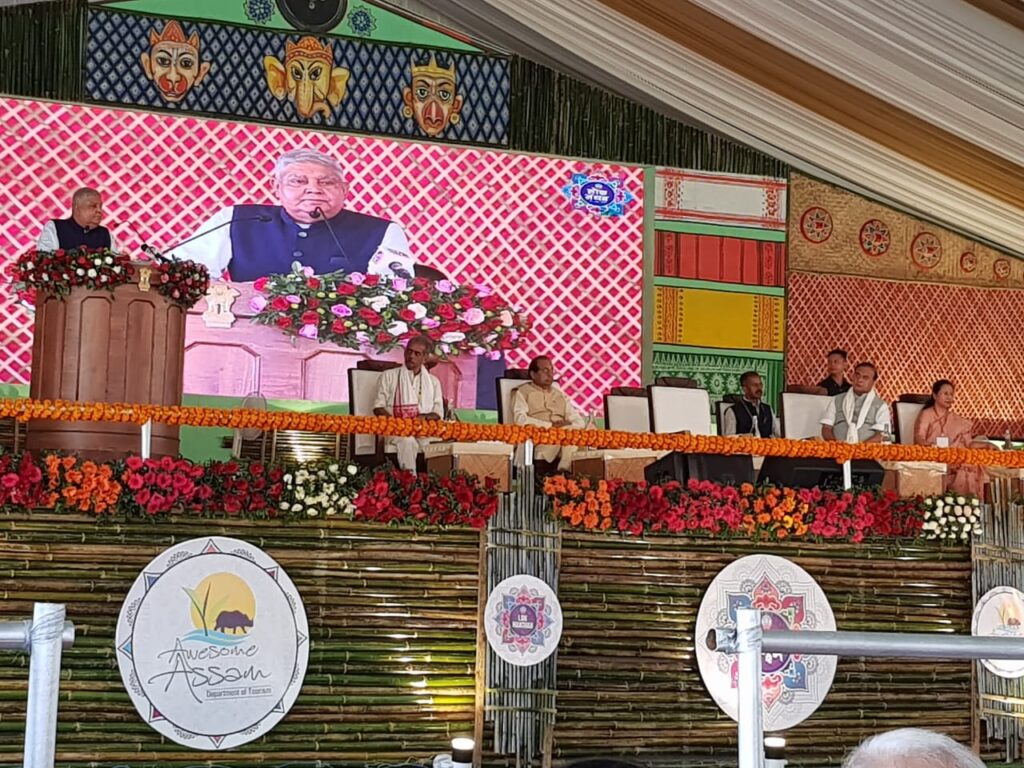 Organised by Prajna Prabah, the 3-day celebration of the Lok Parampara with the theme to seek the cultural and traditional heritages hidden in the various corners of India especially in its north-eastern part, Lokmanthan 2022 is expected to rejuvenate the audience with a series of intellectual and cultural exercises.

Vice President Jagdeep Dhankhar called for strengthening the thriving space for discussion and dialogue in the public realm, suggesting that intolerance of others point of view is antithetical to the vision of free exchange of thought.

He the third edition of Lokmanthan on Thursday in Guwahat, organised by Prajna Prabah, the 3-day celebration of the Lok Parampara, with the theme to seek the cultural and traditional heritages hidden in the various corners of India, especially in its North-Eastern part.

Recalling that India has a great heritage of debate, discussion and knowledge sharing, Dhankhar said that lessons can be drawn from the past to uplift the quality of discussions in public domain, especially legislatures.

Appreciating the organizers of Lokmanthan 2022 for highlighting the rich cultural ethos of Northeast, Dhankhar observed that in their diversity, cultural practices of the region resonate with the quintessential Indian values of peace, harmony and universal brotherhood.

He underlined the role of intelligentsia in Indian society referring to how sages advised kings historically on issues of policy and ensured harmony and stability in society. Calling upon intellectuals to speak upon prevailing issues, he added that they must freely practice dialogue and deliberation so that societal morality and propriety are preserved.

Reflecting on the common cultural thread among all Indians, Dhankhar observed that the beauty and strength of the indubitable cultural unity reflects in every facet of the national life. Right from the mundane, secular matters to the lofty spiritual aspects – from the songs sung by farmers during the sowing season to our holistic approach towards environment – the underlying oneness of Bharatiyata can be felt.

Assam Governor Jagdish Mukhi said that Lokmanthan is a journey to seek and rediscover the cultural and traditional treasures hidden in different parts of India.

Assam chief minister Himanta Biswa Sarma asserted that Bharat is not a country formed after independence in 1947. Rather it is a civilization running for more than 5000 years. Bharatvarsha is not just a nation state that came into being in the 19th century, but a living entity.  He also mentioned about the15th century Vaishnavite saint Srimanta Sankardev who associated Bharatvarsha with Assam and referred to it as Motherland.