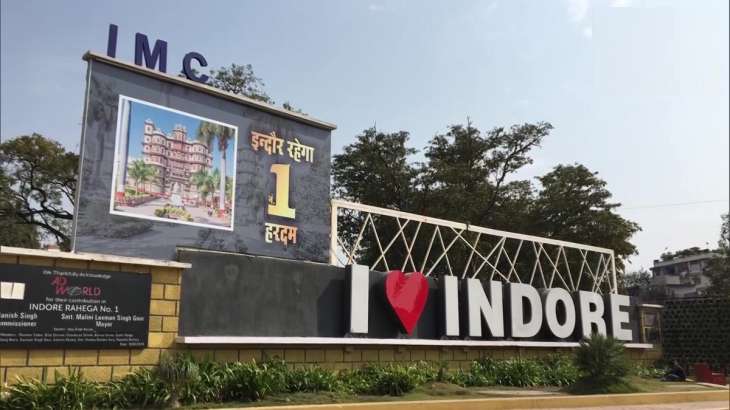 In an impressive display of sustainability and good governance, Indore, the city of lakes and palaces, walked away with the Cleanest City title for the sixth consecutive year, in the ‘more than 1 lakh population’ category, while Surat was adjudged the second cleanest city, for the second time in a row. Navi Mumbai bagged the third spot.

President Droupadi Murmu  today felicitated the awardees of the cleanest States and cities at the award ceremony of Azadi@75 Swachh Survekshan 2022, hosted as part of Swachh Bharat Mission-Urban 2.0 by Ministry of Housing & Urban Affairs (MoHUA) at Talkatora Stadium, New Delhi. The President formally released the Swachh Survekshan 2022 dashboard and gave away the top 12 awards.

In the population category of ‘less than 1 lakh’, Panchgani and Karad  from Maharashtrabagged the first and third positions respectively, while Patan from Chhattisgarhbagged the second position. Tirupati received the best city award in Safai Mitra Suraksha while Haridwar in Uttarakhand received the award for the best Ganga town in more than one lakh population cities. Shivamogga in Karnataka received the fast mover city award.

The State awards saw a few surprises. Madhya Pradesh emerged as the ‘Cleanest State’ in the category of “more than 100 Urban Local Bodies”, relegating Chhattisgarh, the Cleanest State of the previous 3 years, to second place.

Maharashtra emerged as third cleanest State.  Similarly, Tripura emerged as the Cleanest State award in the “less than 100 ULBs category”, dislodging Jharkhand, which had won in the last 2 consecutive years. Jharkhand and Uttarakhand received the second and third spots respectively.

Over the years, Swachh Survekshan (SS) has emerged as an effective tool for transforming the urban landscape. This year’s Survekshan participated by 4,355 cities, also saw an unprecedented number of citizens’ feedback – over 9 crores, compared to 5 cores last year. In all, 22 States and 5 UTs received awards, of whom 8 States received more than 10 awards each.