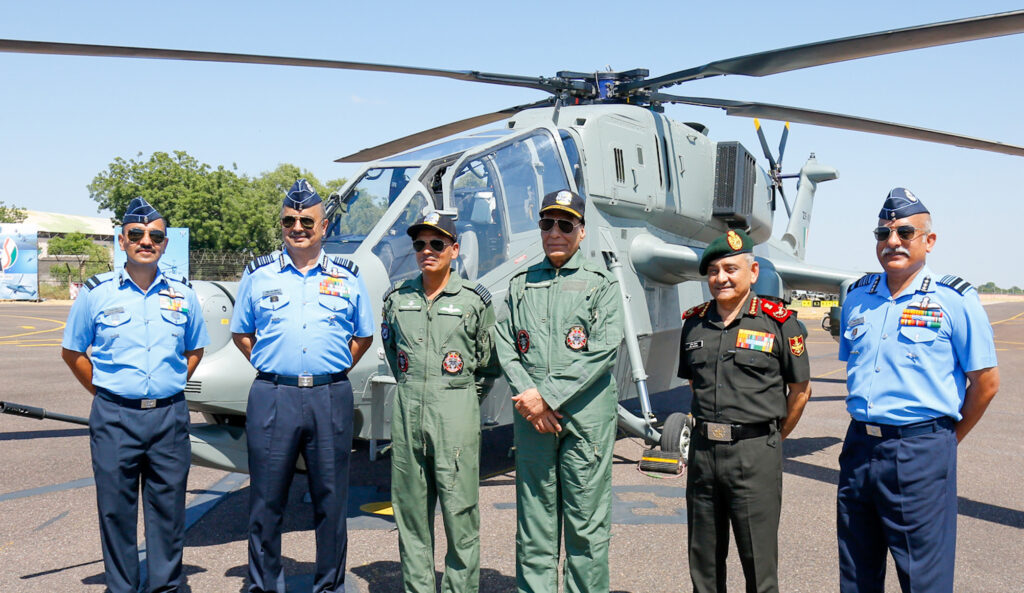 In a big boost to Aatmanirbharatha in Defence, Defence Minister Shri Rajnath Singh presided over the formal induction of Light Combat Helicopter (LCH), designed and developed by Hindustan Aeronautics Limited (HAL), into the Indian Air Force (IAF) in Jodhpur.

Naming LCH as “Prachanda”, he  said that its induction comes during the Amrit kal when the Nation is celebrating Azadi ka Amrit Mahostav and a pointer to the future when IAF will be the top most force in the world, as also making the country fully AtmaNirbhar in Defence production requirements. He also took a sortie onboard the LCH shortly after its induction into IAF.

Rajnath Singh said that the induction of LCH, with its tremendous power and versatility, not only enhances the combat capabilities of IAF but is also a big step towards self-reliance in defense production, as envisioned by Prime Minister Narendra Modi.

Singh added that LCH was flying not only on the strength of its rotors, engines and blades, but also on the strength of penance, patience, dedication and patriotism of many scientists, engineers and others. He noted that the LCH meets the requirements of modern warfare and necessary quality parameters under varied conditions of operations.

It is capable of self-protection, of carrying a wide variety of ammunition, and delivering it to the field quickly. This versatile helicopter perfectly meets the needs of our armed forces in various terrains and as such LCH is an ideal platform for both our Army and Air Force, he added.