Dhankhar asks media to be extra careful while reporting about judiciary 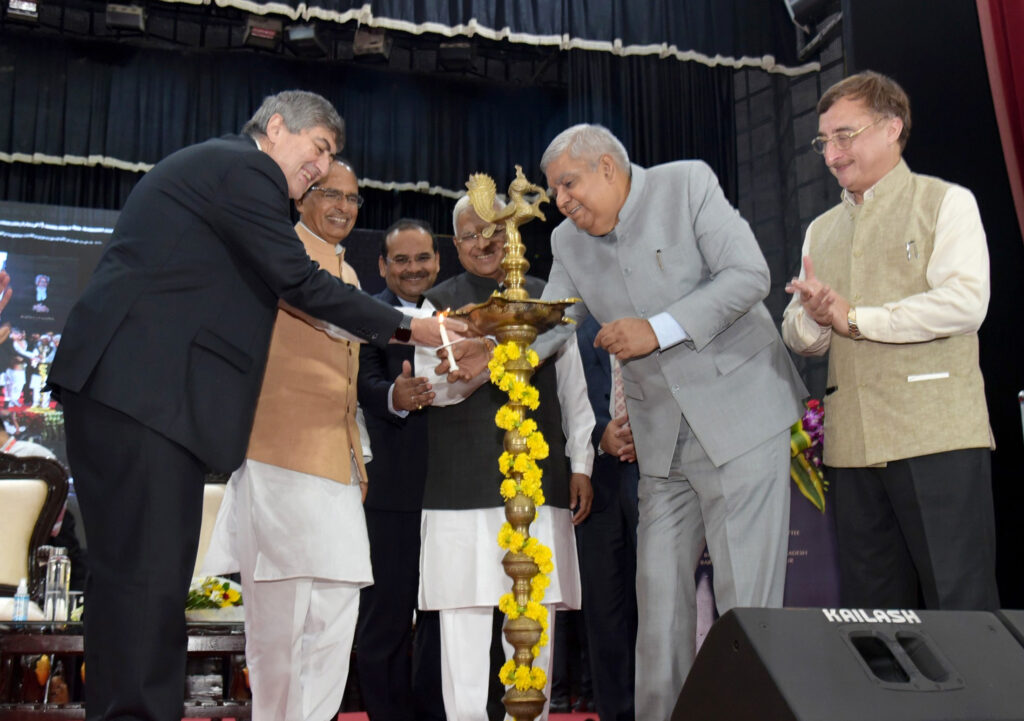 Vice President, Jagdeep Dhankhar asked the media to be extra careful while reporting about the judiciary. He also said that dignity of judges and respect for judiciary is inviolable as these are fundamentals of rule of law and constitutionalism.

Speaking as the Chief Guest at the first ‘Justice J.S. Verma Memorial Lecture’ at Jabalpur, Madhya Pradesh, the Vice President said that a spinally strong, fair and independent Justice System is the safest guarantee to blossoming and flourishing of democratic values. “Indisputably Democracy is best nurtured when all constitutional institutions are wholly in sync and confined to their respective domain,” he added.

The first ‘Justice J.S. Verma Memorial Lecture’ was delivered by the Supreme Court Judge, Justice Sanjay Kishan Kaul to the august gathering. Recalling his many interactions as senior advocate with Justice Verma at Rajasthan High Court and Supreme Court, Dhankhar said that his tenure was marked with judicial ecosystem upliftment, enhancing the transparency and accountability.

Praising Justice Verma for delivering many judgments with far reaching impact on society, the Vice President said that his landmark judgment in Vishaka case structured the mechanism for adequately providing for specific protection of women from sexual harassment in work places.

“Late Justice Jagdish Sharan Verma will always be best remembered for path-breaking judgments and ideas that have empowered citizens and enabled the government to overhaul institutions for the larger welfare of the people,” he added.

Noting that Justice Verma impacted various facets of laws from federalism to secularism, to the catalyst of gender Justice in India, Shri Dhankhar said that his life and thoughts will ever inspire and motivate us and coming generations.