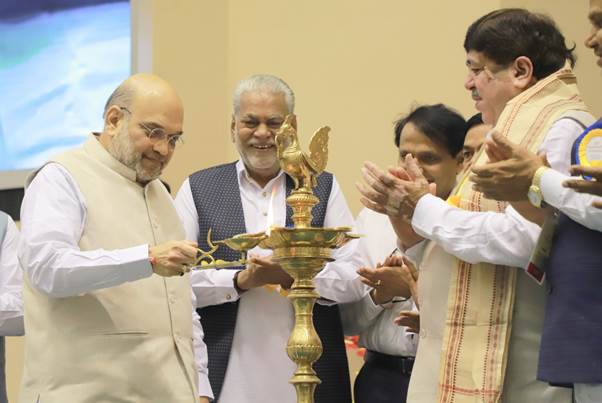 Union Home and Cooperation Minister Amit Shah said that cooperatives have to keep up with the modern times, by combining technology and professionalism, so that they can progress into the future. attended the celebrations organized on the occasion of 100th International Day of Cooperatives in New Delhi today as the Chief Guest.  The celebrations were organized by the Ministry of Cooperation and the National Cooperative Union of India (NCUI).

He said today is the day to make people working in the field of cooperatives aware. It is a day to modernize the cooperative sector, to channelize the spirit of cooperation and contribution among the people, to create equality among communities and to show them the path of co-prosperity.

He said that in spite of many shortcomings, he is proud of the position that the cooperative sector has achieved today. He said a strong foundation of the cooperative movement has been laid and it is now our responsibility and that of the generations to come to build a strong structure on this foundation.

Amit Shah said we are celebrating Azadi Ka Amrit Mahotsav and we have to pledge that 2047 will be the year when the cooperative movement will be at its peak in the country. He said that the cooperative has moved forward to realize the vision of a self-reliant India in every field.

In the last 100 years, the world has adopted the models of communism and capitalism, but the middle way model of cooperation provides a new, successful and sustainable economic model to the world. He said unbalanced development has been caused by the prevailing economic model and to make it all inclusive the cooperative model has to be popularized, which will lead to the creation of a self-reliant India.

He said cooperatives have been the soul of Indian culture from the very beginning and India has given the idea of ​​cooperatives to the world. Out of 30 lakh cooperative societies in the world, 8.55 lakh are in India and about 13 crore people are directly associated with them. There are 91 percent villages in India which have some form of cooperatives working in them.