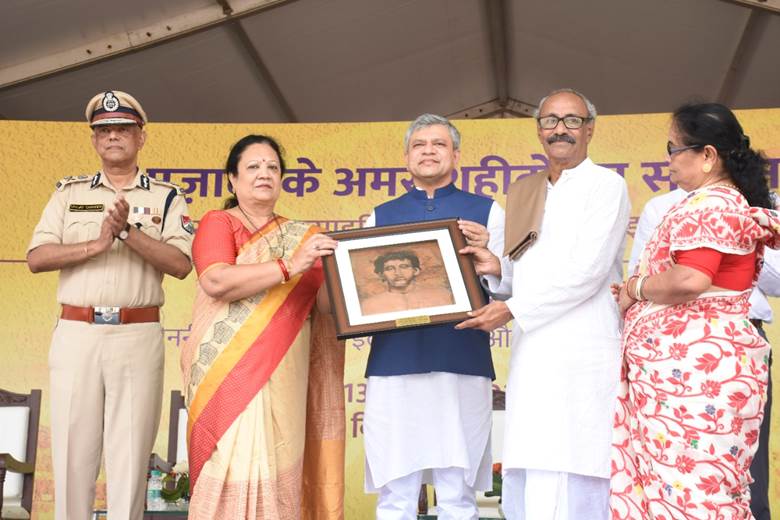 A grand “आज़ादी के अमर शहीदों का सम्मान”, as well as the “Flagin” Ceremony of the All India Motorcycle Rally of the Railway Protection Force was organized in the premises of the historical Red Fort. Minister of Communications, Electronics and IT and  Railways,   Ashwini Vaishnaw presided over the function as the Chief Guest and honoured family members of 6 Amar Shaheeds of the freedom struggle hailing from all parts of the Country.

In addition, the Minister of Railways, “Flagged-in” RPF motorcycle rally consisting of 75 motorcycles in, one of its kind event,  organised by the Railway Protection Force in the premises of iconic Red Fort, who stands witness to the struggles faced and sacrifices made by innumerable freedom fighters to free our country from the shackles of slavery.

Ashwini Vaishnaw also sanctioned a reward of Rs 5 lakh for the RPF bikers and pillion riders.  Emphasising on honoring the freedom fighters who gave their life for India’s Independence, Ashwini Vaishnaw said that the amount of pain & hardship they have endured would not be put into words, we are indebted to them for their selfless sacrifices and hard work. The families of the martyrs present in the function had made all of us proud.

Minister of State, Railways Smt. Darshana Jardosh stated that  India is going forward in great strides under the leadership of Hon’ble PM. The freedom struggle was not only the domain of the males, we had so many examples of women like Rani Lakshmibai who made the ultimate sacrifice for the independence of our country. Further, she pointed out that the women staff of RPF has done wonders in providing protection to women passengers.