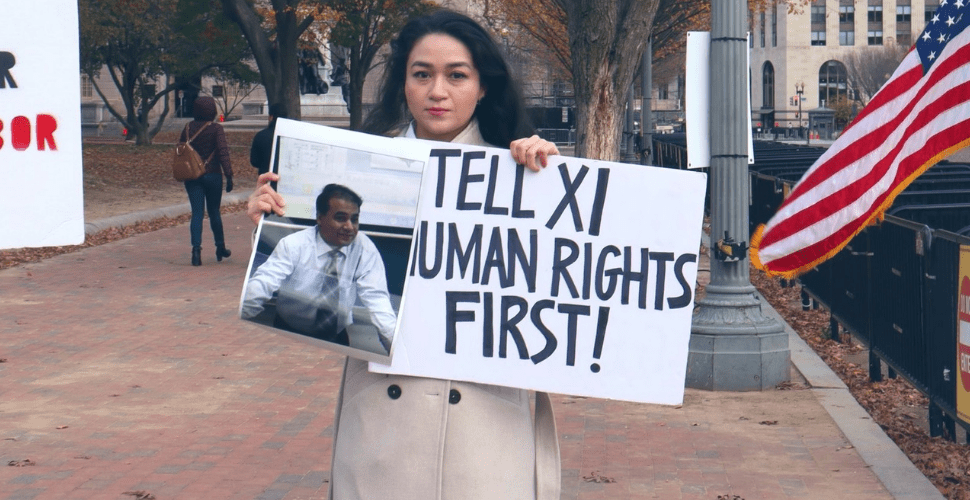 Jewher Ilham is a human rights advocate, author, and the daughter of Uyghur scholar Ilham Tohti, the renowned activist and human rights defender whom  the Chinese regime sentenced in September 2014 to life imprisonment for “incitement to separatism.” His whereabouts are currently unknown.

The recent implementation of the Uyghur Forced Labor Prevention Act (UFLPA) in the U.S. marked an important milestone in the fight to end forced labor in the Uyghur Region. In an opinion piece for Thomson Reuters Foundation,  she explains how we must do more to stop abuses against Uyghurs.

After years of hundreds of activists like Jewher and Ilham Tohti raising awareness of Uyghur forced labor, the United States, the world’s largest importer of goods, has finally made a trade policy determination: no goods produced in the Xinjiang region can enter the country because they are presumed to have been produced through the slave labor of Uyghurs and Muslim minority groups.

The UFLPA is one of the few laws enacted by Congress in decades that holds brands and retailers accountable for what happens to the overseas workers who create their products: the law will force these companies to stop sourcing from suppliers complicit in the use of forced labor.

In her opinion column she also outlines the major impacts this law will have on different industries wanting to do business in the U.S., as well as new gimmicks corporations could come up with to evade the law.

Since the Department of Homeland Security and other relevant U.S. government agencies promised full and vigorous enforcement of the UFLPA, corporations will be looking for new shortcuts.

Jewher, as part of the independent labor rights monitoring organization Worker Rights Consortium, points out what many other organizations fear regarding brands that also trade in other countries, where there is no law similar to the UFLPA.

Jewher identifies another risk, which is that companies split their supply chain to comply with U.S. legislation, while still benefiting from forced labor by selling products from the Uyghur region in these other markets. For example, if a brand’s goods are seized at port by U.S. regulators because those goods violate the UFLPA, the brand has the right to re-export the goods and attempt to sell them in another country.

While the European Commission has pledged to introduce some sort of ban on the importation of products made with forced labor, there is still no concrete regulation. Freedom United as part of the Coalition to End Forced Labor in the Uyghur Region  is therefore calling on all international brands to apply a single global standard – in line with the UFLPA – in all their retail markets.