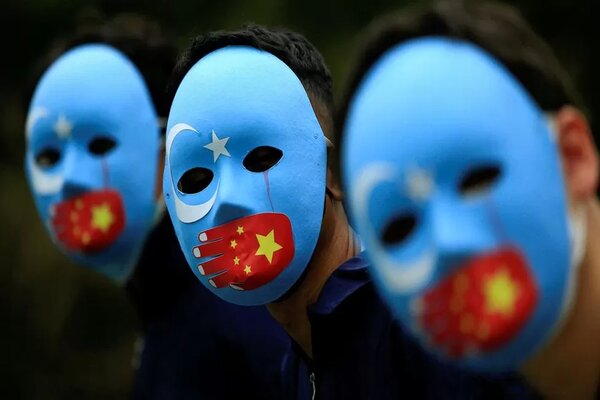 The United Nations’ human rights chief has released a long-delayed report on abuses in China’s Xinjiang region, despite substantial pressure from Beijing to block the report for the better part of a year.

The 48-page document concludes that “serious” human rights violations have been committed against Uyghurs and other predominantly Muslim minorities in the region in the name of counter-terrorism.

It also says “the extent of arbitrary and discriminatory detention… may constitute international crimes, in particular crimes against humanity.”

The report comes as Michelle Bachelet, the UN’s high commissioner for human rights, served out her last day in office, after announcing earlier that she was not seeking another term for “personal reasons.”

Xinjiang, a huge, resource-rich region in the west of China, is where the authorities since 2017 have arbitrarily detained  and imprisoned hundreds of thousands of ethnic Uyghurs, as well as other historically Muslim minorities such as the Hui and Kazakhs.

China at first detained it was detaining ethnic minorities, but later came to characterize detention camps and the intensive digital surveillance and policing that blankets the region as counterterrorism and economic initiatives.

However, former detainees in Xinjiang have described accounts of physical and mental torture in the region’s detention facilities and a network of expanded prisons. Leaked data and whistleblower accounts have turned up internal Chinese government documents  confirming the extralegal detention of ordinary Uyghurs and the prison-like conditions in which they are held and “re-educated” to be loyal to the Chinese state.

There are about 12 million Uyghurs, mostly Muslim, living in Xinjiang. The UN said non-Muslim members may have also been affected by the issues in the report. The US and lawmakers in several other countries have previously denounced China’s actions in Xinjiang as a genocide, but the UN stopped short of making the accusation.

Beijing – which saw the report in advance – denies allegations of abuse and argued that the camps are a tool to fight terrorism.  China has always insisted that Uyghur militants are waging a violent campaign for an independent state, but it is accused of exaggerating the threat in order to justify repression of the Uyghurs.

Its delegation to the UN human rights council in Geneva on Thursday rejected the findings of the report, which it said “smeared and slandered China” and interfered in the country’s internal affairs.