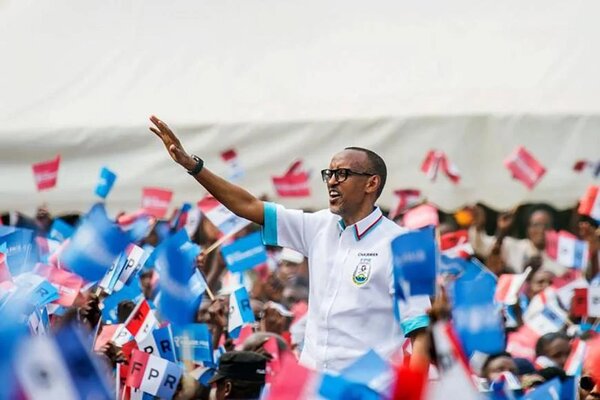 “I greatly appreciate the opportunity to speak to the Working Group today to detail the harassment and intimidation I’ve experience from the Rwandan Government, its representatives, and the Rwandan media since filing my original complaint to the United Nations,” Mr Zihabamwe said.

Mr Zihabamwe previously addressed a session of the Working Group in February 2022 to provide an update on the abduction of his brothers, Jean Nsengimana and Antoine Zihabamwe, in Rwanda in 2019. Mr Zihabamwe also urged the Working Group to take further action in respect of the systemic problem of enforced disappearances in Rwanda.

“Since my complaint was submitted to the Working Group, more than 200 families have contacted me in relation to their own family and friends who have been harassed or have disappeared in Rwanda,” he said.

“My missing brothers’ friends and relatives in Rwanda have also experienced intimidation by Rwandan government officials since I engaged the UN and there has been an ongoing smear campaign by Rwandan media organisations in an attempt to discredit my allegations.”

Following his original complaint, Mr Zihabamwe has established a new organisation dedicated to documenting cases of enforced disappearances and to facilitating access for victims in Rwanda to the UN mechanisms.

“We welcome the Working Group’s action in response to our complaint and their engagement with us here in Geneva. Noel has shown courage in bringing his complaint to the UN and should be recognised and celebrated for turning his tragic experience into positive action for all victims of enforced disappearances in Rwanda,” Ms Robinson said.

Before the Working Group, Ms Robinson raised concerns with the Government of Rwanda’s responses to the UN communication.  “The government’s answers to our UN communication lack credibility and show complete disregard for Rwanda’s obligations under international law,” she said. Ms Robinson also detailed her concerns about the reprisals that Mr Zihabamwe and others have faced since making the UN complaint.

“The proper functioning of the UN human rights system requires that those making complaints do not face reprisals or threats for providing information to the UN. The intimidation and reprisals against Noël and his family in Rwanda for engaging with the UN are prohibited and amount to an attack on the integrity of the UN system.”

Over the past year, the Australian Human Rights Institute has been campaigning to draw attention to the issue of enforced and involuntary disappearances in Rwanda. In 2021, it worked alongside Ms Robinson and Australian law firm Corrs Chambers Westgarth to assist Mr Zihabamwe with filing his initial UN complaint.

“The UN has made clear that addressing and preventing acts of intimidation and reprisals against individuals and groups seeking to cooperate with, inform and complain to the UN on human rights issues is a matter of vital importance, and such acts raise grave concerns,” Director of the Australian Human Rights Institute, Professor Justine Nolan, said.

“We continue to call for the UN to intervene with Rwanda to assist us to locate Jean and Antoine so that Noël and his family can know the truth.”