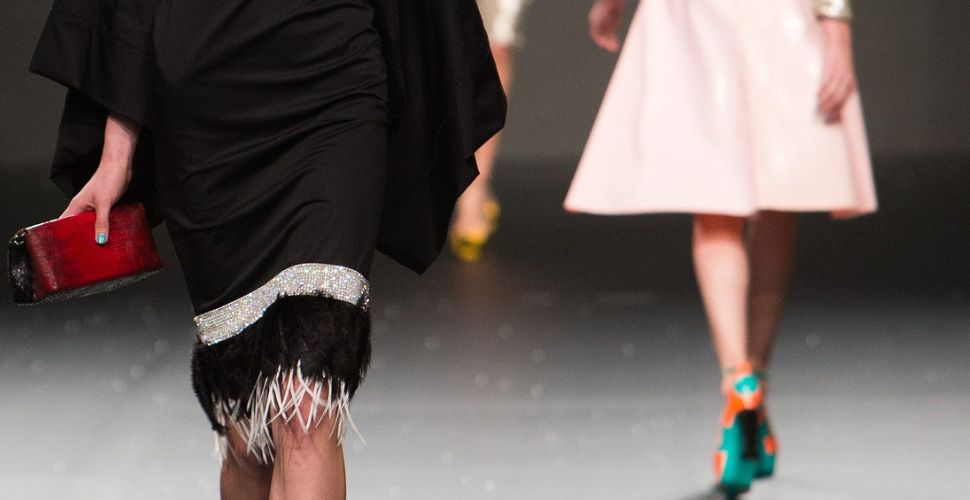 Fashion Weeks are hitting the runway around the world, but what lies beneath the veneer of glamor? The fashion industry relies on the exploited labor of workers around the world who make billions of garments every year, the majority of which end up in landfill, for little or no pay with fashion brands failing to take responsibility for forced labor and other rights abuses in their supply chains.

This is compounded by the absence of comprehensive laws requiring companies to act to protect workers from exploitation. Garment workers in Pakistan making clothes to be sold by fast fashion giant Boohoo reported working 24 hour shifts and being paid 29p ($1) per hour.

A 2020 investigation by Labour Behind the Label uncovered how conditions of modern slavery were also rife in Boohoo’s factories in Leicester, U.K. The report found workers being paid well below the minimum wage, receiving just £3.50 ($4) per hour, forced to work with COVID-19 symptoms, and having their identity documents held by their employer:

“Workers have reported concerns about a factory operating several sites, of which one employs around 30 workers from Eastern Europe. All these workers have been forced to continue working throughout lockdown and receive around £3–4 per hour. There is reportedly no social distancing, PPE provision or hand sanitizers for the workers. Most workers have little English and all are alleged to have their ID documents held by the employer.”

At New York Fashion Week, Boohoo announced it would be embarking on “sustainability journey” conveniently ignoring the fact that little has changed for workers in its factories since the 2020 report.

The U.K. government’s prioritisation of hostile immigration policies over strengthening modern slavery protections plays a significant role in preventing workers from speaking out about labor abuses.