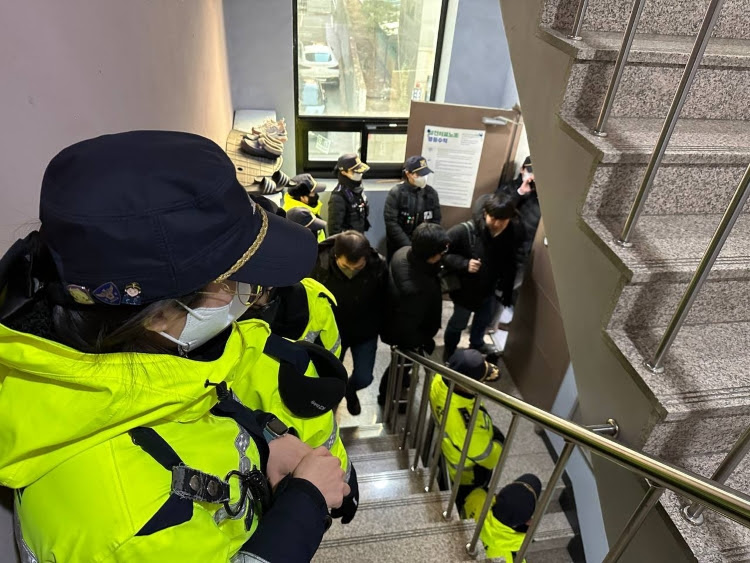 The International Trade Union Confederation (ITUC) condemns the raids on the offices of Korean unions by the intelligence services as an open attack on democracy and labour movement.

The offices of the Korean Confederation of Trade Unions (KCTU) and the Korean Health and Medical Workers’ Union’s (KHMU) were targeted by the Korean spy agency early on 18 January. According to press reports, raids continued on 19 January as police targeted construction unions affiliated to the KCTU and the Federation of Korean Trade Unions (FKTU).

In a statement, the KHMU said the government forces searched its offices for several hours despite its intention to cooperate: “We strongly condemn the public security suppression of the labour movement. We will fight strongly against this … We will never give in to the government’s targeted public security drive.”

The ITUC Deputy General Secretary, Owen Tudor, denounced the raids: “We stand firmly with the Korean labour movement in the face of this overt aggression and intimidation by the government.

“This is a shameful attack on trade unions and, as such, an assault on democracy itself in South Korea. As an ILO member state, the Korean government has a duty to uphold ILO standards on freedom of association. That means respecting human and trade union rights and guaranteeing that trade unions can operate free from fear and persecution.

“The trade unions in South Korea have a proud history of fighting for social justice and winning for working people. I know that they will not be silenced, that they will continue their work despite this intimidation, and they have the support and solidarity of the entire ITUC.”

This is not the first act of repression by the Korean government against the union movement. In 2021, the president of the KCTU was arrested and in December, the authorities tried to raid union offices to break a strike by truck drivers.