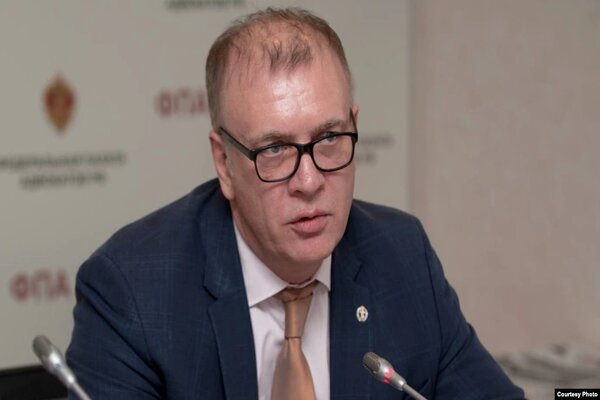 The Cheryomushki District Court of Moscow sentenced last week human rights defender and lawyer, Dmitry Talantov, to pre-trial detention as a restrictive measure until  August 23. He is facing charges for the alleged public dissemination of “deliberately false information” about the actions of the Russian Armed Forces stipulated by part 2 of Article 207.3 of the Criminal Code of the Russian Federation.

Officially, Dmitry Talantov is being prosecuted for voicing his anti-war sentiments on Facebook. However, his colleagues state that Russian Federal Security Services might be targeting him  for acting as a defence attorney of former journalist and advisor to the Head of RosCosmos, Ivan Safronov. If charged, Dmitry Talantov can face up to 10 years of imprisonment under these charges.

is the  president of the Bar Association of the Udmurtia region and acting as lawyer for Ivan Safronov, a journalist and RosCosmos official, on trial for a politically motivated high-treason charge. On June 28 in Izhevsk, around 10.00 am, he  was detained, handcuffed and taken  to the Investigative Committee for questioning.  He did not have access to any legal assistance at the time of his arrest.

The police raided Dmitry Talantov’s apartment, his country-house, and his office in the Bar Association of the Udmurtia region. In the evening of  June 28, he was transported to Moscow. The next day, the Cheryomushki District Court sentenced to pre-trial detention until  August 23.

Front Line Defenders (FLD) is deeply concerned by the detention of Dmitry Talantov and reiterates its concern regarding the laws on “fakes” and “disinformation” currently in the Russian legal framework, as it is being used to disproportionately target human rights defenders and lawyers.
FLD urged Russian authorities for his immediate release  and drop all charges against him as it is believed that they are solely motivated by his  legitimate and peaceful work in defence of human rights;