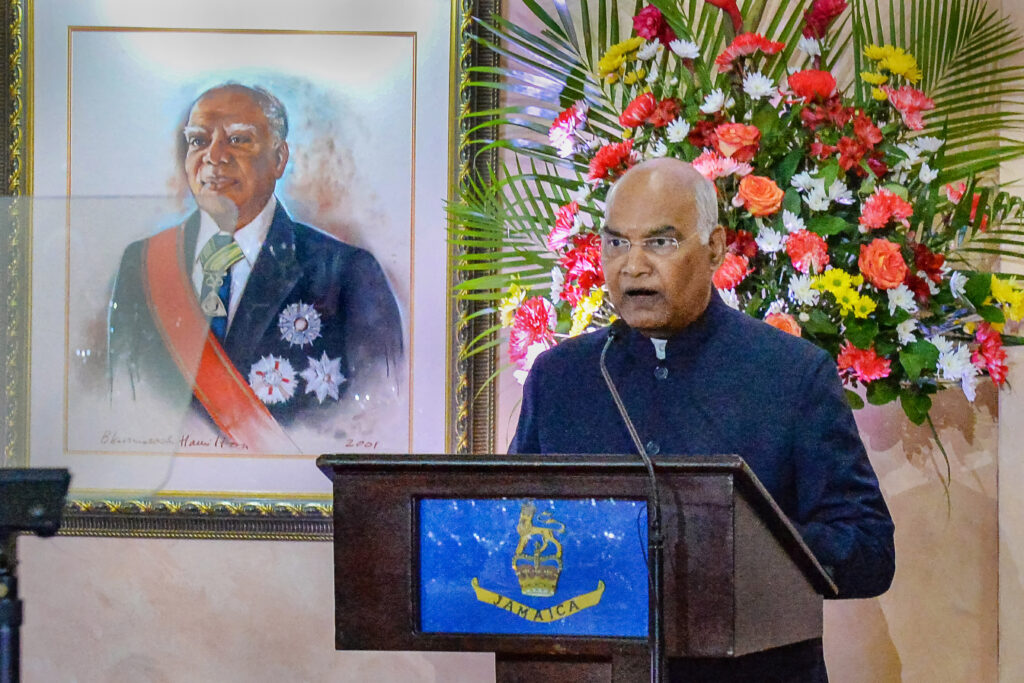 President of India, Ram Nath Kovind stressed the need of the hour is to reform global institutions, with the UN Security Council at its core, to reflect the contemporary global reality.  He noted that on this issue, India and St. Vincent and the Grenadines share common interest, approach and understanding.

He addressed the special sitting of the House Assembly of Saint Vincent and the Grenadines on the topic “India and Saint Vincent and the Grenadines – Towards an Inclusive World Order”. He said that our objective in advocating for an inclusive world order is to promote a universal, rules-based, open, transparent, predictable, non-discriminatory, and equitable multilateral system.

The President said that multilateralism is more relevant in today’s inter-connected and interdependent world than it was at any time in our shared history. Multilateralism ought to be used as an instrument to promote strong, sustainable, balanced, and inclusive growth in all nation-states.

However, he for multilateralism to remain relevant and effective, institutions need to be reformed. Structures and institutions that emerged after the two world wars focused on one major issue – that of preventing another world war.

To tackle the complex issues of today, Kovind the new world order that we seek to build, is to be an inclusive world order, where every country can express its legitimate interests. This can only happen by way of an expanded and better-designed representation system in key global institutions, he added.

The Governor General of Saint Vincent and the Grenadines, H.E. Ms Dame Susan Dougan, Prime Minister, Dr the Hon. Ralph E. Gonsalves and other dignitaries received the President at the Argyle International Airport. The President was accorded a guard of honour at the Airport on arrival.

On Thursday, the President commenced his engagements by visiting the Government House where he met Governor General Dame Susan Dougan and Prime Minister Dr Ralph Gonsalves. During his meeting with the two leaders, the President thanked both of them for the warm and gracious hospitality extended to him in Saint Vincent and the Grenadines. They discussed strengthening cooperation between India and Saint Vincent and the Grenadines in the fields of Information Technology, health, education, tourism and culture and in the multilateral fora.

Following the meeting, President Kovind, Governor General Dame Susan Dougan and Prime Minister Dr Ralph Gonsalves witnessed the signing and exchange of an Agreement for the Exchange of Information and Assistance in Collection of Taxes and an MoU on Refurbishment of  Old Calder Community Centre.