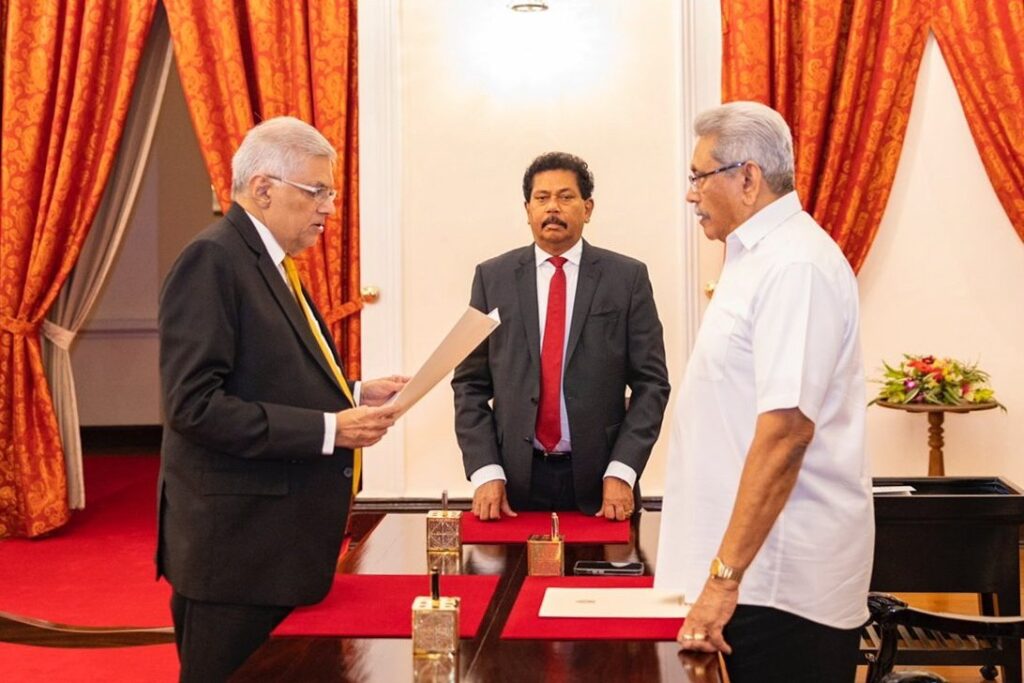 Former Prime Minister, Ranil Wickremesinghe, who has just one seat in the 225-member Parliament, took charge as the next premier of the crisis-hit Sri Lanka.

Members of the ruling Sri Lanka Podujana Peramuna (SLPP), a section of the main Opposition Samagi Jana Balawegaya (SJB) and several other parties have expressed their support to show majority for Wickremesinghe in Parliament, sources said.

The UNP, the oldest party in the country, had failed to win a single seat from districts, including Wickremesinghe who contested from the UNP stronghold Colombo in 2020 parliamentary polls.

He later found his way to Parliament through the sole national list allocated to the UNP on the basis of cumulative national vote. His deputy Sajith Premadasa had led the breakaway SJB and became the main Opposition.

Wickremesinghe is widely accepted as a man who could manage the economy with far-sighted policies, and is perceived as the Sri Lankan politician who could command international cooperation.

Gotabaya Rajapaksa has defied calls to resign, pledging instead to form a new government after violent clashes this week left eight people dead in an escalation of a months-long crisis over food and fuel shortages.

His brother Mahinda Rajapaksa had quit as prime minister leading to the dissolution of the cabinet, leaving no government in place to negotiate with the International Monetary Fund and creditors on $8.6 billion of debt due this year.

President Rajapaksa had said to “control the current situation, and prevent the country from heading towards anarchy”, he would appoint a Prime Minister and cabinet “that can command a majority in Parliament and can gain the confidence of the people of the country”.

Meanwhile, a Sri Lankan court Thursday issued a travel ban on erstwhile prime minister Mahinda Rajapaksa, his son Namal Rajapaksa and 15 others. Mahinda is currently under protection at the Trincomalee naval base.

The Fort Magistrate’s Court barred them from travelling overseas due to the investigations taking place on the attacks on the GotaGoGama and MynaGoGama peaceful protest sites on Monday.