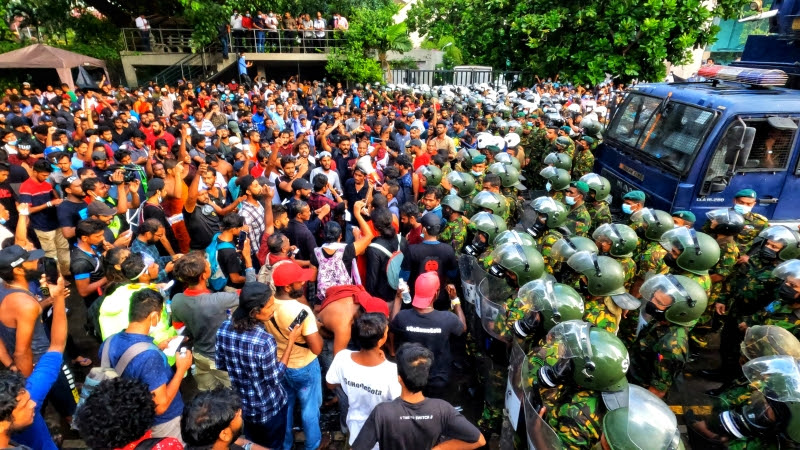 The International Trade Union Confederation (ITUC) is supporting the call of Sri Lanka’s trade unions for a broad-based interim government to be put in place until the end of this year to adopt a road-map to repair the country’s economy and to exercise full democratic rights.

ITUC General Secretary Sharan Burrow said: “The crisis in Sri Lanka has its roots in bad governance, with many hugely expensive white-elephant projects adding to an already high debt burden, and leading to a collapse in foreign currency reserves.

“As a result, people are going hungry and the economy has been severely degraded. Urgent measures with international support are required to provide vital social protection, rescue the economy and enable the country to reach its real potential.”

“The ITUC calls on the International Monetary Fund, which is discussing a package of support with Sri Lanka, to depart from failed policies of the past and include measures that support the real economy, that are compliant with ILO standards and that deliver social protection for all.

“The IMF needs to consult with the trade unions and engage with the ILO and other multilateral agencies to provide support that is sustainable and favourable to economic growth.

“Other countries are at risk of a similar plight to Sri Lanka as the impact of Vladimir Putin’s war on Ukraine creates huge gaps in the supply of grains, energy and fertilizers on top of existing inflationary pressures in the world economy. The international community, and in particular the international financial institutions, need to learn from the mistakes they have made in the past and deliver support that helps people through the real economy,” added Sharan Burrow.