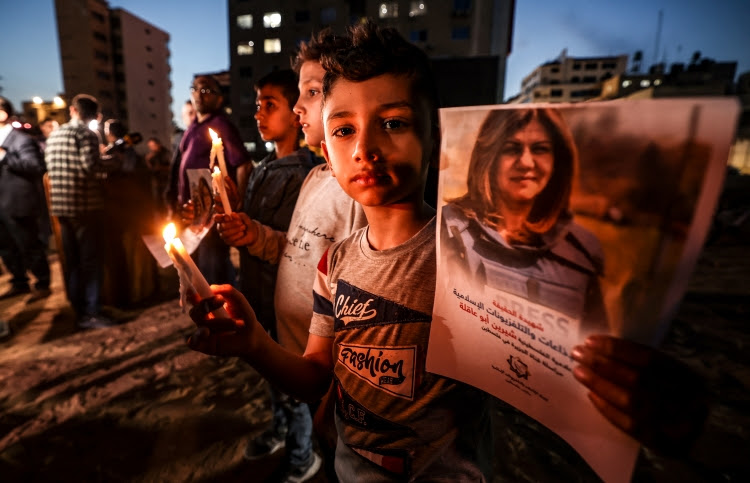 The International Trade Union Confederation (ITUC) has condemned the killing of Palestinian journalist Shireen Abu Akleh and the wounding of producer Ali al-Samudi in Jenin, occupied Palestine, on 11 May.

Ali Al-Samudi and a number of witnesses have blamed Israeli security forces for the shootings. The International Federation of Journalists has added the killing of the case it has before the International Criminal Court that details the targeting of Palestinian journalists.

The UN Special Rapporteur on Palestine, Francesca Albanese, has described the killing as a potential war crime and added to the demand for the international accountability of Israel.

The shootings took place against the backdrop of an upsurge in violence in recent weeks, with dozens of Palestinians, including eight children, and 18 Israelis killed since 22 March.

“The killing of Shireen Abu Akleh and the wounding of Ali al-Samudi are criminal acts, and we call for an urgent and thorough independent investigation to ensure accountability and that those responsible are brought to justice.

“Israel’s continuing and illegal occupation and the treatment of Palestinians, including those seeking work inside Israel, are the root causes of anger and resentment.

“It is only by ending the occupation and negotiating a two-state solution in line with the relevant UN Security Council Resolutions that peace can prevail and the injustices be brought to an end,” said ITUC General Secretary Sharan Burrow.

Since the beginning of this year 2,140 Palestinians, mainly from occupied Jerusalem and Jenin, have been detained by Israeli security forces, including 815 Palestinian workers of which 91 are accused of employing and transporting workers without special permits.

This week, 27 year-old Palestinian worker Mahmoud Sami Khalil Aram was killed as he passed through an opening in the wall erected by Israel. Like many Palestinians, he had tried to enter Israel without a permit to seek work as an undocumented worker.

The ITUC’s Palestine affiliate, the PGFTU, has highlighted the plight of many Palestinians who have to work in Israel due to high unemployment in Gaza and the West Bank. Low wages and poor working conditions are common and the PGFTU states that 67 Palestinian workers in Israel have died due to poor occupational health and safety in the past year.