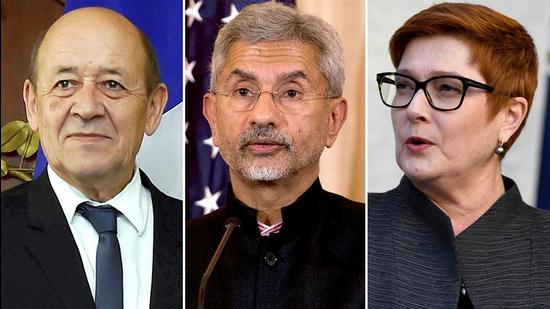 The main goal of the next India-France-Australia trilateral later this week would be to secure supply chains across categories. Officials noted that against the backdrop of the now seven-month-long Ukraine crisis, which has worsened food security and caused a scarcity of wheat in particular, and the developing economic friction with China, all three states want to prioritise supply chains.

They also stated that tighter economic cooperation with the 10-member Association of Southeast Asian Nations (ASEAN) grouping will be on the agenda. Minister of External Affairs Dr. S. Jaishankar, who is currently in New York for the 77th session of the United Nations General Assembly, will attend the ministerial level trilateral.

It is expected to focus on supply chains, in keeping with India’s emphasis on the subject in other forums. At the Shanghai Cooperation Organization conference, Prime Minister Mr. Narendra Modi recently emphasised the subject of supply chains, claiming that Covid-19 and the Ukraine scenario have caused bottlenecks in the global supply chain, culminating in a food and energy security catastrophe.

In another important trilateral, India has prioritised supply networks. The Trade Ministers of India, Japan, and Australia announced the Supply Chain Resilience Initiative (SCRI) in April 2022.

It had contemplated backing cooperative initiatives such as increased use of digital technology and trade, as well as investment diversification, with the goal of lessening their dependency on China. According to sources, similar procedures may readily be implemented for the India-Australia-France trilateral.