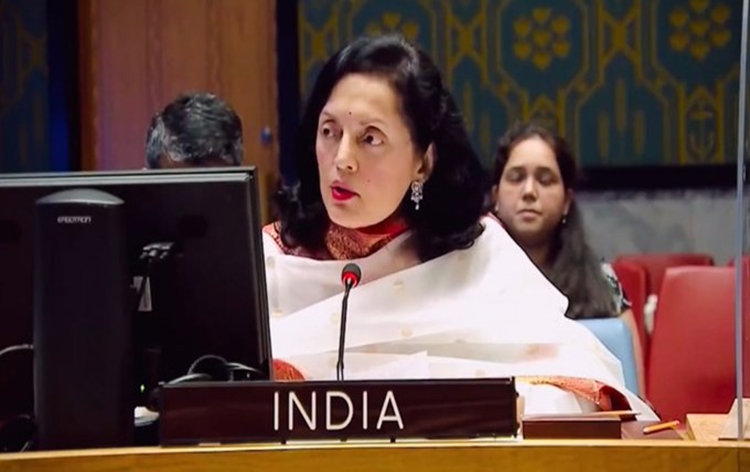 India has called for a united, coordinated and unified response to international terrorism. Speaking at the the UNSC session on ‘Threats to International Peace and Security Caused by Terrorist Acts’, India’s Permanent Representative to the United Nations, Ambassador Ruchira Kamboj said that terrorist threats are on the rise globally.

She stated that there should be no double standards in dealing with terrorists. The Ambassador said double standards and continuing politicization have rendered the credibility of the UNSC Sanctions Regime at an all-time low.

She said India hopes that all members of the UNSC can pronounce together in one voice, sooner rather than later, when it comes to this collective fight against international terrorism.

Ms Ruchira Kamboj said it is most regrettable that genuine and evidence-based listing proposals pertaining to some of the most notorious terrorists in the world are being placed on hold.

She stated that the members should refrain from labeling terrorism based on motivations which will only allow opportunistic forces to provide justifications for certain terror activities based on their convenience.