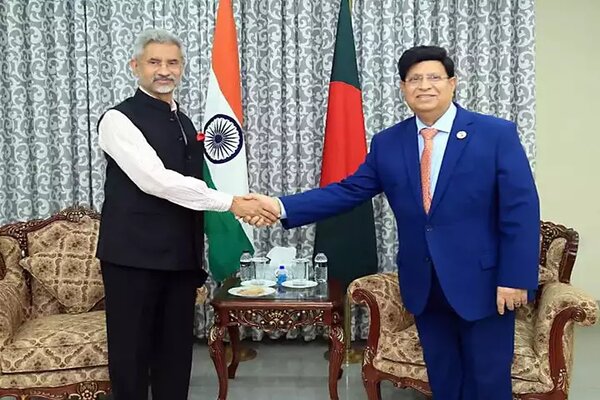 India and Bangladesh have decided to expand their strategic partnership to include Artificial Intelligence, cyber security, startups, and Fintech, strengthening links in the railway’s sector and cross-border river management and conservation.

In his opening remarks Jaishankar said, “…we now look forward to working with you to take our ties to new domains- Artificial Intelligence, cyber security, startups, Fintech. We were pleased to receive your ICT Minister. We had a very good visit by your railway minister recently and I am glad to expand our cooperation on the upgradation of our railway system”.

He further added, “We share 54 rivers. Comprehensive management of our rivers and their conservation, as well as the shared environmental responsibility that we have, especially the Sundarbans-these are really areas that we need to work together as part of our commitment to climate action.”

Border management was also a key item on the agenda of cooperation. “…better management of our long border is also a key priority. Our Border Guarding Forces are committed to combating trans-border crimes. We must continue to work together to make sure that the border remains crime-free,” Jaishankar said in his remarks.

Several connectivity projects have also been started by the two countries, including the revival of rail ties interrupted after the 1965 India-Pakistan war and river routes that offer north-eastern provinces access to Bangladeshi ports. Bangladesh is emerging as a connectivity link between Northeast India and Southeast Asia after connectivity through Myanmar reached a standstill following the 2021 coup.

In May 2022, Momin met his Indian counterpart Dr. S Jaishankar in Guwahati to discuss obtaining crude oil from Russia while handling sanctions, as Bangladesh is equally concerned about energy security. The JCC was held after two years in 2022.

Momen’s visit is also significant since Bangladesh is among the Muslim majority countries that neither issued a statement nor summoned the Indian envoy over the remarks by the BJP spokespersons on the Prophet.