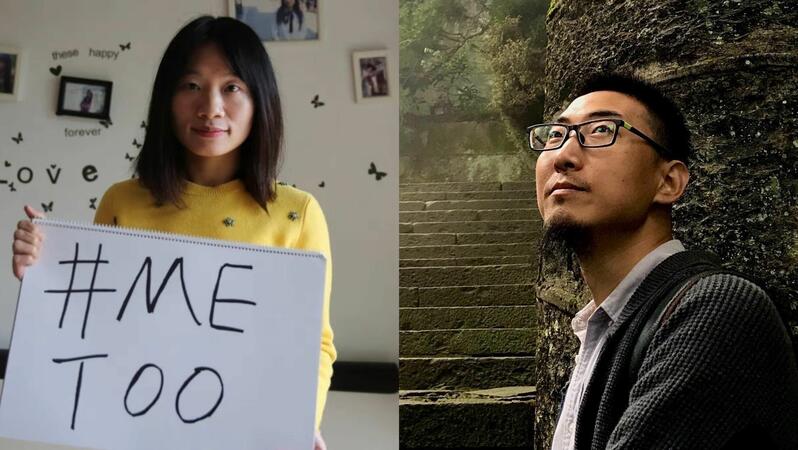 A large number of  civil society groups, call on Chinese authorities to respect and protect their rights in detention, including access to legal counsel, unfettered communication with family members, their right to health and their right to bodily autonomy. They emphasise that their detention is arbitrary, and we call for their release and for authorities to allow them to carry out their work and make important contributions to social justice.

In the 2010s, Huang Xueqin worked as a journalist for mainstream media in China. During that time, she covered stories on public interest matters, women’s rights, corruption scandals, industrial pollution, and issues faced by socially-marginalized groups.

She later supported victims and survivors of sexual harassment and gender-based violence who spoke out as part of the #MeToo movement in China. On 17 October 2019, she was stopped by police in Guangzhou and criminally detained in RSDL for three months – for posting online an article about Hong Kong’s anti-extradition movement.

Wang Jianbing followed a different path, but his story – like Huang’s – demonstrates the commitment of young people in China to giving back to their communities. He worked in the non-profit sector for more than 16 years, on issues ranging from education to disability to youth to labour. Since 2018, he has supported victims of occupational disease to increase their visibility and to access social services and legal aid.

On 19 September 2021, the two human rights defenders were taken by Guangzhou police; after 37 days, they were formally arrested on charges of ‘inciting subversion of state power’. Using COVID-19 prevention measures as an excuse, they were held for five months in solitary confinement, and subject to secret interrogation, in conditions similar to those of ‘residential surveillance in a designated location’, or RSDL. After months of delays and no due process guarantees, their case was transferred to court for the first time in early August 2022.

They strongly condemn the lengthy detentions of Huang and Wang. In a Communication sent to the Chinese government in February 2022, six UN independent experts – including the Special Rapporteur on human rights defenders and the Working Group on arbitrary detention (WGAD) – raised serious concerns about Wang’s disappearance and deprivation of liberty.

In addition to the lack of legal grounds for their detention, they are also worried about conditions of detention for Wang and Huang. Using ‘COVID-19 isolation’ as an excuse, Wang was held incommunicado, during which he was subject to physical and mental violence and abuse. His physical health deteriorated, in part due to an irregular diet and inadequate nutrition, while he also suffered physical and mental torment and depression.

Even more concerning are detention conditions for Huang Xueqin, because during the year she has been deprived of her liberty – again, without formal access to a lawyer or communication with her family – no one, including a legal counsel of her choosing, has received formal notification of her situation. We are deeply worried about her physical and mental health, and reiterate that incommunicado detention is a grave violation of international law.