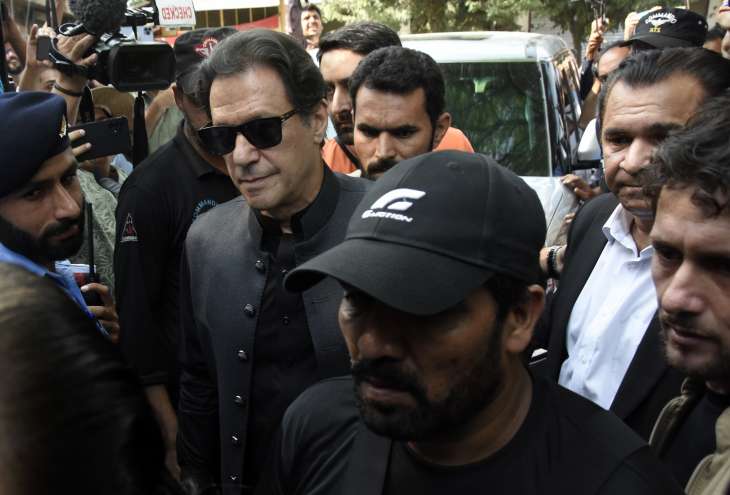 A magistrate in Islamabad issued an arrest warrant against former Prime Minister and  Pakistan Tehreek-e-Insaf chief Imran Khan over his controversial remarks against a female judge and a female police officer, according to local media.

An arrest warrant had been issued by Islamabad’s Margalla Police Station in connection to a case that was registered on August 20 for threatening Additional District and Sessions judge Zeba Chaudhary.

An FIR has been filed under the Pakistan Penal Code (PPC) under sections 506 (punishment for criminal intimidation), 504 (intentional insult with intent to provoke breach of the peace), 189 (threat of injury to public servant), and 188 (disobedience to order duly promulgated by public servant), according to Geo News.

The arrest warrant was issued within hours of Imran Khan submitting the affidavit, which stated him realising that he might have crossed a line while giving a speech at a gathering on August 20 in Islamabad.

The Express Tribune reported citing the affidavit said that Imran Khan assured the court that he would never do anything in future that would hurt the dignity of any court and the judiciary, especially the lower judiciary.

The FIR, which was registered on August 20, states that he threatened Additional Sessions Judge Zeba Chaudhry and police officers at a rally in F-9 Park to “terrorise” police officials and the judiciary, reported Geo News.

Protests spill onto streets in China against stringent zero-Covid policy